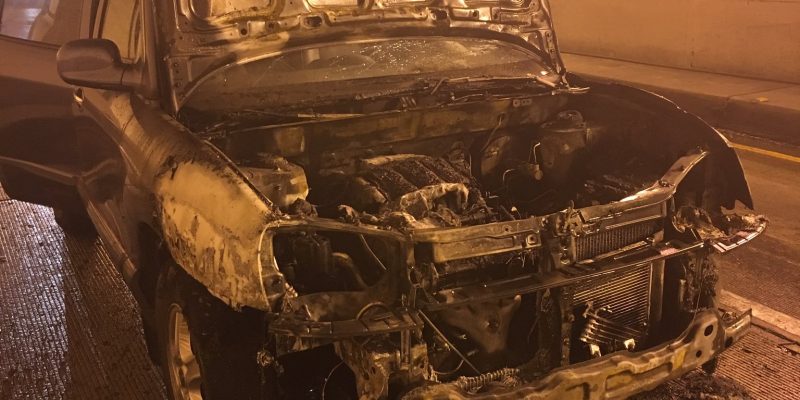 The driver of a Subaru Forester that caught fire inside the Caldecott Tunnel in Oakland, Calif. Sunday, Aug. 11, 2019 was able to escape without injury.

A motorist escaped safely Sunday morning after a Subaru Forester caught fire in the eastbound first bore of the Caldecott Tunnel, briefly shutting down traffic, according to the California Highway Patrol.

Five-vehicle collision leaves one seriously injured, one in custody

Five-vehicle collision leaves one seriously injured, one in custody

One person was taken to a hospital and another was arrested on suspicion of DUI following a five-vehicle collision on...