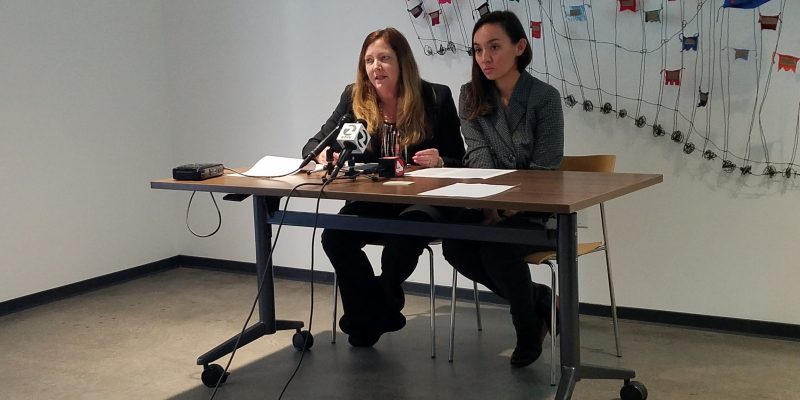 After being dismissed by two lower federal courts based on a two-year statute of limitations, Heather Marlowe is ready to take her lawsuit against former San Francisco Police Department officials to the U.S. Supreme Court, alleging the department mishandled rape cases, including with her own.

Marlowe alleges the police department failed to test her rape kit — DNA gathered from sexual assault survivors for evidence— after she had been raped on May 16, 2010. Marlowe says she accepted what she thought was a plastic cup of beer during the Bay to Breakers event. She lost consciousnesses and woke up suffering from pain in her pelvis in an unfamiliar home.

She found a stranger next to her in a bed and asked what had happened. The stranger said they had sex. Marlowe said she immediately reported the incident to police and completed a rape kit.

Marlowe’s attorney, Becky James, said her client persistently followed up on her case and asked the police department about the status of her kit test.

She was assured by the department the kit was being tested, but a year after the incident, police said it had not yet been tested due a “backlog,” the petition alleges.

“Come to find out two years later, it had never been tested.”

Marlowe had finally been informed by then Police Commission President Suzy Loftus in October 2012 that her kit was tested, but she not receive the results.

During a May 2013 San Francisco Police Commission meeting where Loftus had invited her share her story, Marlowe was blind-sided by a staff presentation that disputed her experience, claiming the department had tested every rape kit received.

“It was a traumatizing moment for me. It added further injury to this whole experience.”

However, the police department released audit findings in 2014 revealing that hundreds of untested kits were found in storage.

The police department has since said they no longer have a backlog and that they process the rape kits on average within 38 days.

Marlowe alleges Cordes asked her to participate in odd investigation tactics. She was asked to set up a date with a suspect under an alias and to look inside a man’s home to see if she recognized it as the scene of the crime while Cordes distracted the owner, according to the petition.

Marlowe expressed frustration with law enforcement agencies using the backlog excuse for not processing kits in timely manner. Her own untested kit, Marlowe said, was sitting a in a storage facility.

“It’s a matter of policing priorities and choosing to investigate lower hanging fruit crimes versus violent crimes like rape.”

John Coté, spokesperson with the City Attorney’s Office, said in a statement:

“Rape is a heinous crime, and it’s unfortunate that neither the DNA testing the San Francisco Police Department conducted on Ms. Marlowe’s rape kit nor the department’s additional investigation has identified the perpetrator.”

“However, every court that has looked at this lawsuit has agreed that City employees did not violate Ms. Marlowe’s constitutional rights. They tried to help her. At the end of the day, this office has a duty to defend taxpayer dollars from meritless lawsuits—and this is one of them.”

Becky James expects the Supreme Court will decide Oct. 1 whether it will hear Marlowe’s case.

Under the foggy, overcast sky of the Richmond, Mayor London Breed signed The City’s $12.3 billion budget.