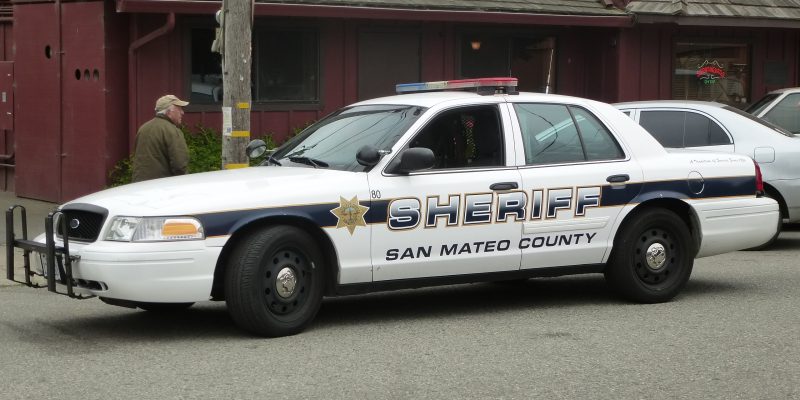 The San Mateo County Sheriff’s Office is revising its use of force policy, including for Taser stun guns, following outcry over the death of Chinedu Okobi by Tasers last October.

Sheriff Carlos Bolanos gave a presentation on the revised use of force policy at Tuesday’s Board of Supervisors meeting.

The new policy has incorporated feedback solicited from the American Civil Liberties Union and sets new restrictions on when deputies can use force.

But while the sheriff’s office’s presentation detailed some changes made in response to ACLU input, the current draft was not released to the supervisors or the public.

Bolanos said that he would send a final draft policy to the supervisors “when it reaches the appropriate level.”

The new policy follows a study session in February on the use of Tasers called after three people died in the county from Taser use by law enforcement last year.

Okobi, 36, died after he was stopped by sheriff’s deputies while walking on El Camino Real in Millbrae on Oct. 3.

The confrontation quickly escalated, with one officer using a Taser on Okobi multiple times and others taking him to the ground and hitting him with clubs and pepper spray. A pathologist found the Taser contributed to cardiac arrest.

The other two incidents were in different law enforcement jurisdictions — Ramzi Saad was killed by Redwood City police in August and Warren Ragudo by Daly City police in January.

Bolanos touted several other equipment and training reforms he is making in the wake of Okobi’s death. The sheriff’s office is adding automated external defibrillators to patrol vehicles, a reform advocated at February’s study session by Dr. Zian Tseng, who researches sudden cardiac death at the University of California at San Francisco.

A previous draft policy was released to the ACLU and obtained by Bay City News. The ACLU responded with a letter making further recommendations.

He “ensured that all of their input wasn’t just listened to but incorporated as much as we reasonably could.”

Silberman said that the sheriff’s office rejected two recommendations by the ACLU: it will not ban the use of carotid restraints, similar to a choke hold where the goal is to cut off blood flow to the brain, and it will not ban shooting at moving vehicles.

Silberman argued that carotid restraints are a necessary tool for deputies working in jails who are not armed with firearms or Tasers. Shooting at moving vehicles was banned in most circumstances in San Francisco in 2016. Silberman argued that the sheriff’s office’s existing policy “already strictly limits shooting at moving vehicles.” The sheriff’s office’s moving vehicle policy is mostly boilerplate policy language obtained from private police policymaker Lexipol, which has argued against such prohibitions.

Silberman said the sheriff’s office did incorporate suggestions from the ACLU regarding Taser use and anticipated changes in state law.

Assembly Bill 392 has passed both houses of the state Legislature and Gov. Gavin Newsom has publicly supported it. It would make the standard for police officers to use deadly force more stringent, allowing it only when:

“[N]ecessary to defend against an imminent threat of great bodily injury.”

Per the ACLU suggestions, Silberman said the sheriff’s office policy has been further revised using San Francisco’s recently adopted Taser policy as a model. San Francisco’s policy allows for officers to use Tasers when a suspect is armed with a weapon other than a firearm, is causing immediate physical injury or is violently resisting arrest. The new sheriff’s office policy also does not allow deputies to deploy Tasers more than three times against a single suspect, unless there are “exceptional circumstances.”

When asked by Supervisor Dave Pine what these exceptional circumstances were, Silberman said:

“That’s the thing with exceptional circumstances … they’re impossible to predict.”

Some activists who spoke at the meeting said this exception appeared to leave the door open for deputies to break the policy with impunity.

Furthermore, they pointed out that while Deputy Joshua Wang attempted to deploy his Taser seven times in the encounter with Okobi, at most four were effective, suggesting three deployments could still be lethal. Tracy Rosenberg with the advocacy group Oakland Privacy said:

“Any kind of policy oversight has to include seeing the policy … I’m still not entirely clear why there’s no draft available today or to the public.”

“The reality is that any sort of policy should have specific language for the circumstances when that policy could be violated.”

Regina Islas with the Justice for Chinedu group said:

“Exceptional circumstances need to be defined especially when it comes to the use of these lethal weapons … three Taser activations are exactly the number that killed Chinedu Okobi.”

In addition to the policy changes, the sheriff’s office is providing new deputy training for implicit bias and for dealing with people with mental health issues.

He said his goal would be to:

“[E]nsure that 24 hours a day we have someone who has that advanced CIT training.”

Documents show police did not disclose journalist’s profession in warrant

The Canyon Fire south of Lake Berryessa in Napa County has burned 64 acres and is 65 percent contained as...