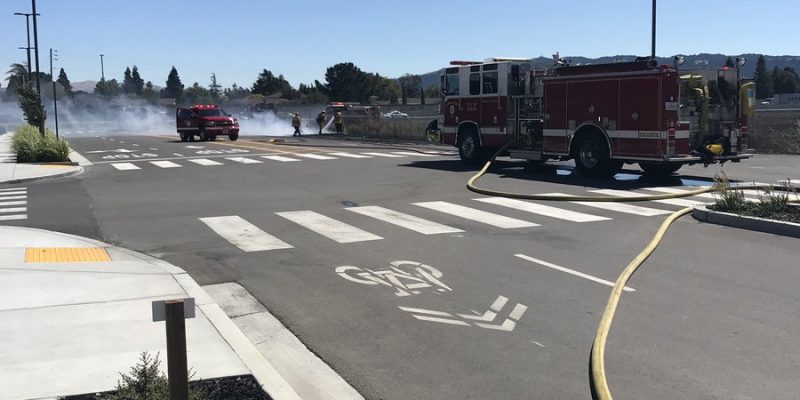 A small vegetation fire in Dublin has been contained after burning about 7 acres Tuesday afternoon, according to the Alameda County Fire Department.

The blaze was reported at 2:36 p.m. in the 3100 block of Dublin Boulevard and did not cause any injuries, according to the fire department. Residual smoke was still visible late Tuesday afternoon, and firefighters remained on scene to extinguish hot spots, fire officials said.

A few dozen climate change activists lay strewn across the entrance to 1 Post Street Tuesday afternoon. The demonstrators, many...