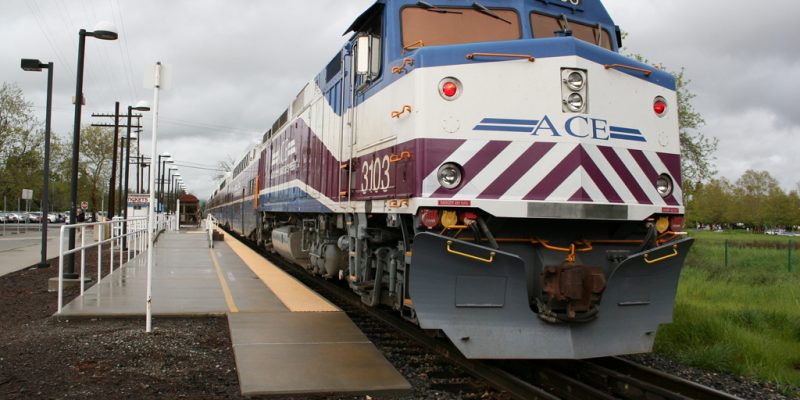 A woman was killed in a collision between a car and an Altamont Corridor Express train east of the ACE Livermore station in Livermore, Calif. July 22, 2019.

A woman was killed when an Altamont Corridor Express train collided with a car Monday morning in Livermore, according to the Livermore-Pleasanton Fire Department.

The woman’s name was not yet available. She was the only person in the car.

The department got the call at 7:51 a.m. about the collision east of the ACE Livermore station near the intersection of Junction and Ladd avenues.

There were no injuries aboard the involved ACE train.

In a tweet at 9:24 a.m., ACE said that a second train was meeting up with the train involved in the collision so passengers could transfer. Service on the involved train was delayed for 88 minutes until customers could be transferred. All service is expected to be normal by Monday evening, according to ACE officials.

According to the fire department, the investigation into the cause is ongoing.

Oakland police are looking for a suspect who allegedly nearly struck officers and pedestrians near Lake Merritt on Sunday evening,...