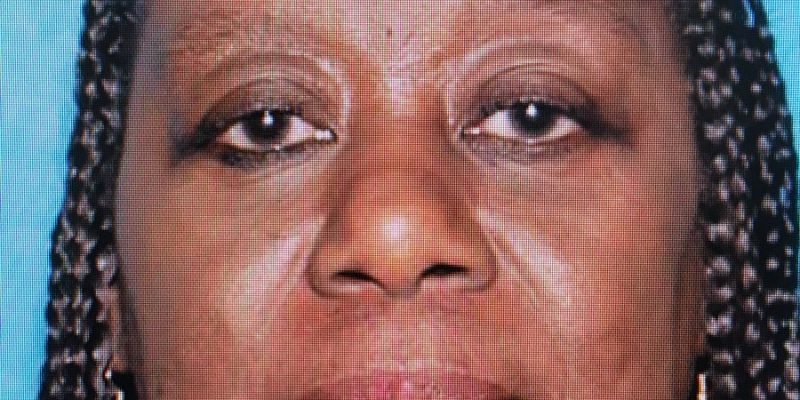 Theola Polk, 71, of Oakland, Calif. was reported missing July 11, 2019. Maurice Washington Jr., 33, Polk's grandson, has been charged with Polk's murder based on statements he made that she is dead and he was involved; however, her body has not been found.

The charging documents allege that Polk was killed on July 9. Washington was arraigned Friday, appeared in court Monday for a brief hearing and is scheduled to return to court Tuesday for a hearing on whether his request to represent himself should be granted. Polk’s family members reported her missing on July 11 because they were concerned that they hadn’t been able to reach her by phone for several days, which they said was unusual, according to a probable cause statement by Oakland police Officer Gloria Beltran.

Polk’s niece accompanied Oakland Housing Authority officials who conducted a welfare check on Polk’s home and told authorities that it was unusual that Polk’s purse and keys were still on her bed because she never left her home without them, Beltran wrote.

On July 12, Polk’s granddaughter told police that Polk told her she was afraid of Washington because he had assaulted his own mother in the past, according to Beltran.

The granddaughter also told police that she last saw Washington on July 9 and he appeared to be drunk and had blood all over his clothing, hands and neck and had scratches on his face, according to Beltran. Oakland police arrested Washington on July 14 on a warrant for a misdemeanor count of possession of methamphetamine, Beltran wrote. Investigators conducted an extensive search for Polk that included areas close to her residence as well as railroad tracks and landfills, Oakland police said.

Investigators also used cadaver dogs but still haven’t been able to find Polk, who was considered to be at risk due to high blood pressure and other medical conditions, according to police.

Washington “has made several statements and admissions to investigators indicating that Polk is deceased and he was involved in her death but has refused to cooperate with investigators and assist with their efforts to locate Ms. Polk.”

Washington was arrested on suspicion of murder at Oakland police headquarters last Wednesday based on his statements that Polk is dead and he was involved in her death, the officer wrote.

Prosecutors say that Washington was previously convicted of grand theft in Alameda County on March 10, 2008.

Zaidi pushes back on reports of Giants selling at deadline

A grass fire is burning in Napa County 16 miles east of St. Helena, near Lake Berryessa, according to Cal...