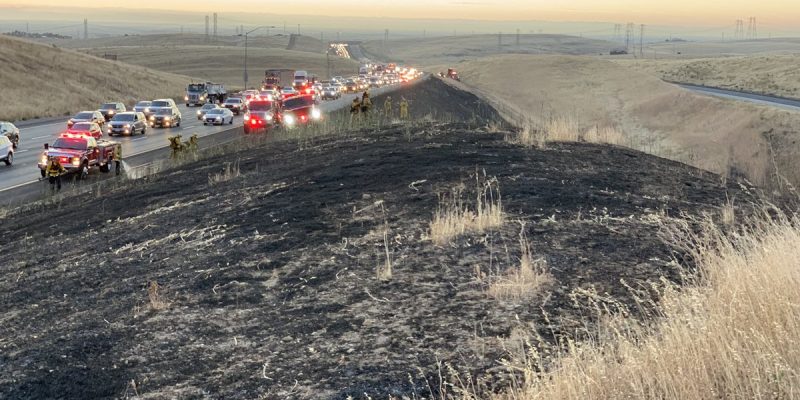 A small grass at the center divide of Interstate Highway 580 in unincorporated Alameda County, Calif. fire grew to 5 acres near Grant Line Road before it was extinguished July 22, 2019.

Fire crews have contained a small grass that started in the center divide of Interstate Highway 580 in unincorporated Alameda County early Monday morning, according to Alameda County Fire Department officials.

The 5-acre blaze was first reported at 5:03 a.m. in the center divide of the freeway, on the left shoulder of the westbound side just west of Grant Line Road, fire department spokeswoman Aisha Knowles said. Nobody was injured, but the blaze did impact traffic during the morning commute, according to Caltrans traffic maps.

An Alameda County Fire Department truck did get stuck in soft terrain at a 15-degree angle, and is being pulled out by two bulldozers, Knowles said. The crew inside was uninjured.

A fire has burned about 10 acres of John McLaren Park, and that fire has been contained as of about...