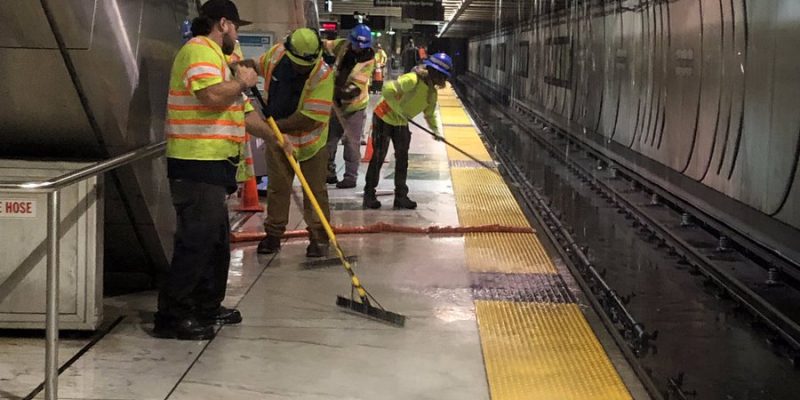 Water leaking onto the BART Embarcardero Station in San Francisco, Calif. from the MUNI level above prompted closure of the station July 18, 2019

Eastbound BART trains are now stopping at the Embarcadero Station in San Francisco Thursday morning after a water drainage issue forced them to bypass the final downtown station for a short time, according to BART officials.

The eastbound station bypass was cleared around 6:35 a.m. after being first reported at 6:12 a.m., BART officials said. Video and images provided by BART showed water was falling from the MUNI level of the station. No cause on the water falling from the ceiling was immediately provided.

MUNI officials said their trains started to bypass the station around 5:30 a.m.

Chevron refinery flares up in Richmond

Chevron refinery flares up in Richmond

Flaring occurred Wednesday evening at the Chevron refinery in Richmond because a process unit was upset, Chevron officials said. As...