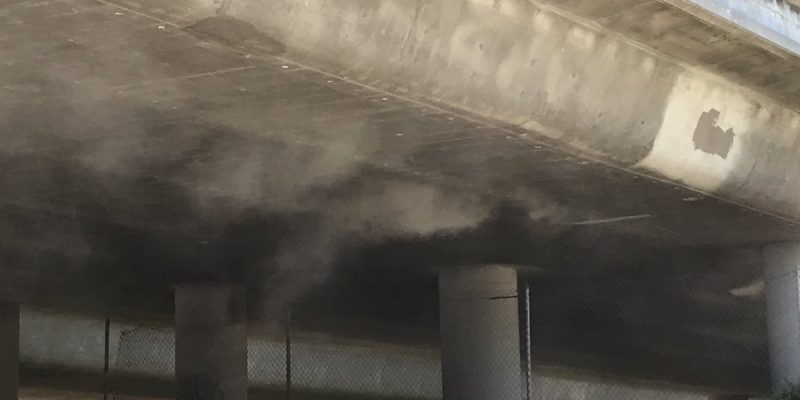 A fire was reported in a service tunnel on a northbound state Highway 87 bridge over Willow Street in San Jose, Calif. July 16, 2019.

San Jose firefighters are responding to a blaze inside the northbound state Highway 87 bridge over Willow Street.

The fire was reported at 11:54 a.m. and Willow Street is currently closed, according to fire officials. Drivers are being redirected off of northbound Highway 87.

San Jose Fire Capt. Mitch Matlow said the fire is burning in a service tunnel inside the bridge and firefighters have not yet made entry due to temperatures of over 700 degrees in the space.

San Jose fire crews are requesting mutual aid from Santa Clara County to enter the tunnel, and no injuries have been reported as of 2 p.m. There is heavy smoke coming out of the tunnel and fire officials don’t know the cause of the fire or what materials are burning. Drivers are asked to avoid the area for at least the next four hours, Matlow said.

A truck driver who fatally crashed his vehicle and rolled down an embankment Monday morning along Interstate Highway 80 at...