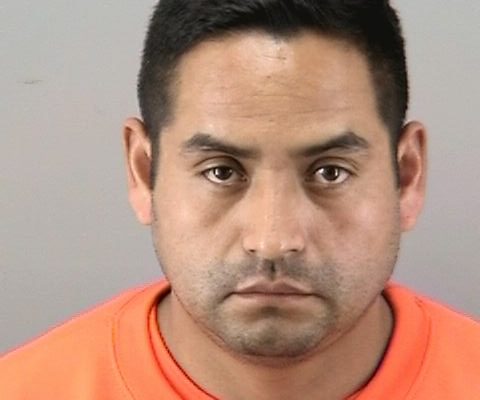 Vilchez Lazo is accused of four counts of rape and several other sexual assault charges while posing as a Lyft Driver in 2013 and 2018 in San Francisco, Calif. Vilchez Lazo was dubbed the "rideshare rapist."

The attorney for a man accused of posing as a rideshare driver in order to sexually assault women in San Francisco is claiming officers unlawfully obtained his DNA — DNA that prosecutors say ties him to the crimes.

During a hearing Monday in San Francisco Superior Court, Judge Newton Lam heard arguments on a motion to suppress evidence in the case regarding Orlando Vilchez Lazo, 38, filed by his attorney Deputy Public Defender Sandy Feinland.

Dubbed by police as the “Rideshare Rapist,” Vilchez Lazo, has been linked by DNA evidence to four separate sexual assaults in San Francisco: one in 2013 and three in 2018, according to prosecutors.

After obtaining his DNA from a Breathalyzer during a traffic stop, investigators were able to connect him to the sexual assaults. Officers then booked him into jail on July 12, 2018, where he’s been in custody since.

In court, the two officers who conducted the initial July 7, 2018 traffic stop took the witness stand separately. Both said that they stopped Vilchez Lazo after they had been asked to assist with a suspicious vehicle report, in which a silver Honda was seen circling the block near First and Howard streets, just outside of Temple Nightclub.

After officers Nicole Hicks and Jose Rosales spotted the Honda, Rosales said he witnessed an illegal lane change and the officers pulled the car over near Howard and Fourth streets.

When officers spoke to the driver, they confirmed his identity as Vilchez Lazo.

“Just tell him, I don’t know whatever. It’s easy, it’s a DUI… Just tell him we saw you swerving.”

Rosales, however, admitted he did not see Vilchez Lazo swerving.

Vilchez Lazo reportedly tested negative for alcohol intoxication and officers released him from the scene.

Investigators, however, then later used the device to obtain his DNA, connecting him to all four sexual assaults.

Testimony from other officers who were at the scene is set to continue Tuesday morning.

In addition to the motion to suppress, Feinland has also filed a motion to traverse the search warrants used in Vilchez Lazo’s case.

Novato police are turning to the public for help in their search for a man who robbed a woman at...