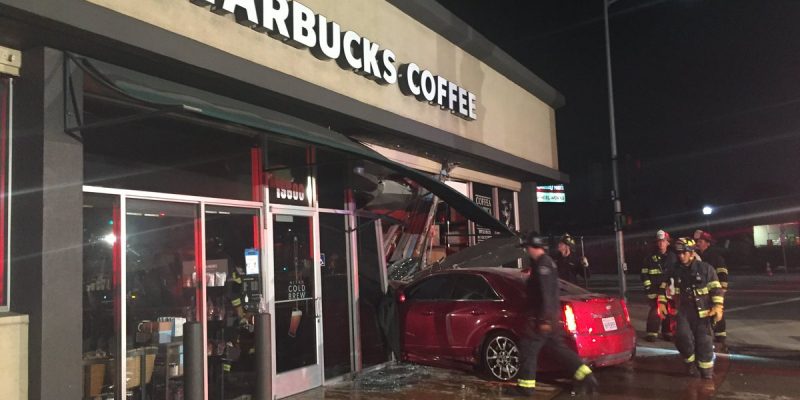 A car crashed into a Staruucks at Hesperian and Lewelling boulevards in San Lorenzo, Calif. the morning of July 5, 2019.

No injuries were reported after a sedan crashed into a Starbucks coffee shop in San Lorenzo early Friday, leaving the building with major damage.

The car’s occupants had left the scene when fire crews arrived about 1 a.m. to the scene, at Hesperian and Lewelling boulevards, according to a Twitter post by Alameda County Fire Department.

No other information on the crash was immediately available.

At 1:00 AM on July 5, 2019, Battalion 4, Rescue 24, Truck 12 & Engine 22 responded to a single vehicle into Starbucks at Lewelling Blvd and Hesperian Blvd in San Lorenzo. All occupants were gone on arrival. The building sustained major structural damage. #ALCOFire pic.twitter.com/O87wqFOQtg

Police in San Leandro on Tuesday seized more than 2,000 pounds of illegal fireworks from a storage facility. Around 10...