If there was a spark for the doubts that Kevin Durant would leave the Golden State Warriors, it would probably be the night of Nov. 12, 2018.

That night, which saw the Warriors blow out the Clippers at Staples Center, had the writings of another win. They started the season 11-2. There was no reason to believe anything would happen that might jeopardize their chances at retaining Durant, or that the season would end in anything but another championship.

But that night, Draymond Green and Durant butted heads, and Green infamously and unceremoniously dared Durant to leave because “we won without you.”

Nine months, no third ring and a torn Achilles later, Durant did just that: He left. Bolted to Brooklyn to team up with Kyrie Irving and DeAndre Jordan, giving up a fifth year on his contract and leaving more rings on the table to play with an objectively inferior roster for a franchise that has accomplished little to nothing in its existence.

Yes, the Warriors did acquire D’Angelo Russell in a sign-and-trade from the Nets as a consolation prize. But nothing can replace the departure of an all-time great.

Is it fair to pin the blame solely on that moment? No. But the Warriors lost that game to the Clippers, and then four of the next five. They limped to the NBA Finals before falling to the Raptors. The whole time, the questions started to pour in. About the chemistry. About the cracks in the wall. About the notion that this superteam could potentially crumble earlier than expected.

It did. It crumbled not because of Durant, but because the Warriors ended up needing Durant more than he needed them.

The narrative didn’t start out that way. Green was right when he said the Warriors won without Durant. They rolled through the league in 2015 and won an NBA-record 73 regular season games in 2016. They didn’t need Durant to cement their status as an annual contender.

So when Durant came aboard that summer on July 4, he seemed superfluous. Never mind that Draymond called him from the Oracle Arena parking lot after the Warriors dropped Game 7 to the Cavaliers, or that the entire crew of Green, Stephen Curry, Klay Thompson and Andre Iguodala flew to the Hamptons to convince Durant to come to the Bay Area and form what became known as the “Hamptons Five.” The Warriors already had riches beyond imagination, and then here came Durant, like Thanos joining the Avengers.

The first two seasons, it seemed that way. They won back-to-back titles with ease. Durant won Finals MVP both times. Curry was fine with sharing the mantle with him. Thompson was the perfect, low-maintenance third star. Green provided the energy. Iguodala, who was dealt to the Grizzlies to clear cap space for Russell, was the grizzled, clutch veteran. It seemed like this team was on track for a three…four…five-peat, dare we say.

But dynasties don’t get to pick when they end. The Warriors were not ready for Durant to succumb to an injury mid-playoffs. They didn’t realize how essential he was towards that third ring until the Raptors dominated the Finals. By then, it was too late. The ivory tower was already crumbling.

There is a certain twist of irony that Durant was never viewed as truly part of the Warriors until they absolutely needed him, until he went down in Game 5 against the Raptors and everybody realized just how badly he wanted to help his team win. It took that for the script to flip, for Durant to be seen as not just some superfluous addition to an already-loaded squad, but rather a necessary cog on a team trying to three-peat.

Maybe someday, Durant will tell the world why he went to Brooklyn, why he turned down $221 million from the Warriors and the chance to make $50 million at age 35. A reminder: Durant will likely miss all of next season. Coming off a major Achilles injury, giving up that extra year is a huge gamble on himself.

But that’s what Durant did by coming to the Warriors. He gambled on himself. He put his reputation on the line and took on the scorn of many fans and some of his peers.

And ultimately — though it wasn’t always pretty — he succeeded. He beat his haters. Durant brought the Warriors two more rings, two championships that would not have some so easily had Durant not been on the floor. He gave this franchise all he had, even if that effort at times wasn’t properly noticed or celebrated because of how he fit into the fabric of the team.

Hopefully, now that the smoke has cleared and the dust has settled, Durant gets his due. No Warriors player, coach, fan, or anyone who has enjoyed watching this team dominate over the last three seasons should be bitter at Durant in any way, shape or form. There won’t be any burning jerseys or angry tweets.

Durant should get a statue when Chase Center opens — alongside Curry, Thompson and Green — for his role in this glorious run of Warriors basketball. And when he comes back to the Bay Area in a Nets uniform, presumably sometime during the 2020-21 season, he better receive a standing ovation and a heartfelt appreciation — appreciation that he, quite frankly, should have gotten a long time ago. 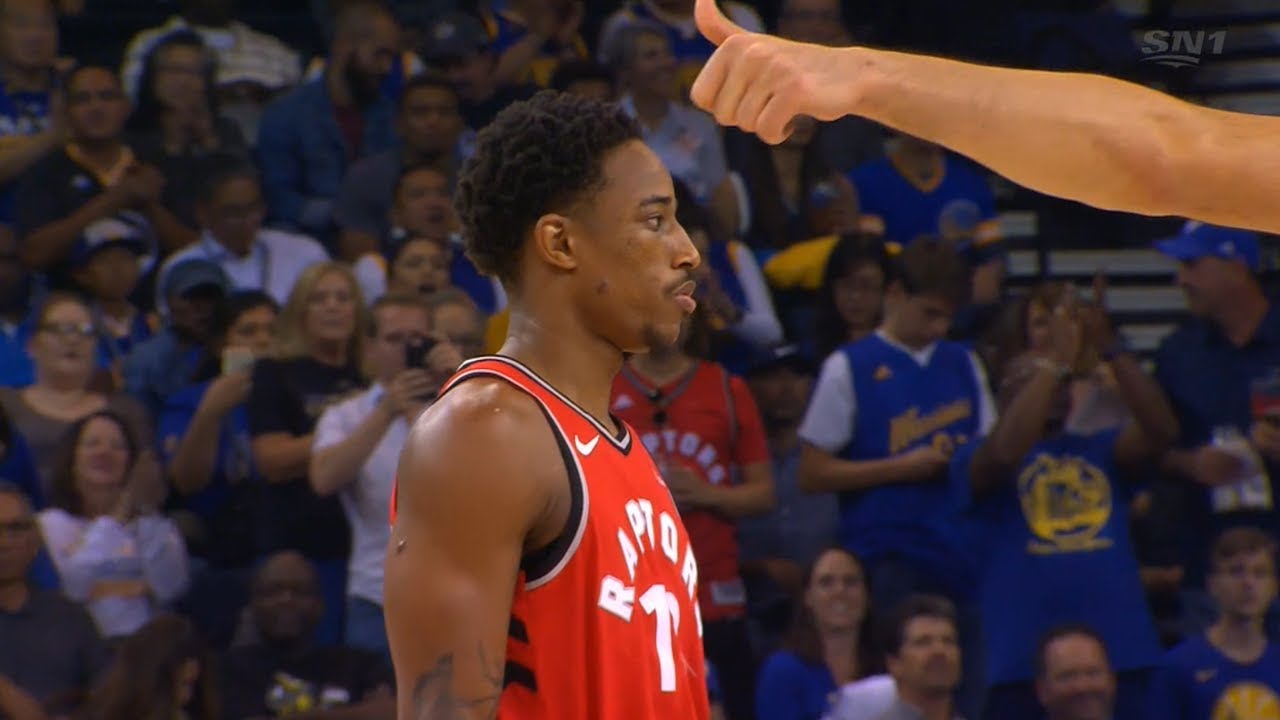