Police at the East Bay Regional Park District are searching for a woman who allegedly assaulted a jogger after her dog attacked the victim Thursday morning.

Police said the jogger was first attacked by the dog in Anthony Chabot Regional Park at 10:25 a.m. and used pepper spray to defend herself. 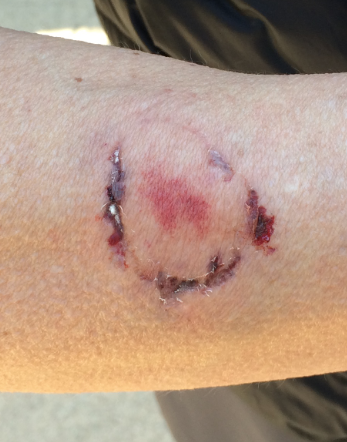 The dog’s owner later “accosted” her at Goldenrod Trail between the Chabot Equestrian Center and the Oakland City Stables in Oakland, according to police.

The suspect tackled and punched the victim multiple times, police said, and the victim suffered significant injuries after being bitten on the forearm by the suspect’s dog.

Police said the suspect appeared to be Asian and white of mixed race, 5 feet 6 inches tall, between 18 to 25 years old and had a thin build with blonde or auburn-colored hair.

She had two dogs, one of which was a possible Rottweiler mix and the other a medium- to large-sized yellow or tan dog, police said.

Fairfield man struck by cars, killed on I-880