History highlighted a stellar all-around performance by the 49ers Sunday against Denver.

George Kittle became the first San Francisco tight end to record a 1,000-yard season, and he accomplished it before halftime of the 13th game by racking up 210 receiving yards before the break. His performance, punctuated by a 85-yard touchdown catch, gave the 49ers (3-10) enough to top the playoff-hopeful Broncos (6-7), 20-14.

What Kittle did offensively was matched by the San Francisco defense, which shutout the Denver offense on just 65 total yards in the first half. Running back Phillip Lindsay, who came in averaging 78.1 rushing yards per game on a league-leading 6.1 yards per carry, had just three yards on five carries in the first 30 minutes.

Though the 49er offense slowed down drastically in the second half, the defense did not.

San Francisco’s front four harassed quarterback Case Keenum regularly. And though Keenum was sacked only twice he was pressured and hit numerous times, exemplified by a minuscule 4.2 yards per pass attempt.

Defensive coordinator Robert Saleh emphasized the importance of run defense, specifically setting the edge, following the Week 13 loss. Keenum was Denver’s leading rusher for a solid portion of the game with one 16-yard scramble.

DeForest Buckner said it was a 11-man effort:

“It was a big deal on all levels of the defense [to set the edge]. We were happy to have this opportunity, especially with a good run team like Denver.”

Richard Sherman pointed out how impactful the defense’s younger members were in this bounce-back performance:

“They played fearless today. They played with no hesitation. They didn’t second-guess themselves. They made some phenomenal one-on-one tackles in crucial spots in the ballgame. D.J. Reed made two or three crazy, incredible plays. Marcell [Harris] made four or five incredible plays in the backfield, tackling guys in open space.”

Nick Mullens had far more success despite facing bigger names. Linebackers Von Miller and Bradley Chubb, who both have double-digit sacks on the season, accounted for all three of Denver’s sacks. However, Mullens’ ability to consistently complete short passes seemed to nullify most of their impact. He finished the day 20-of-33 with 332 yards, two touchdowns and one interception.

Head coach Kyle Shanahan has stressed “finishing” as a key area for his team to work on.

Despite getting the tables turned a bit in the second half — being shutout on offense and allowing two touchdowns — the offense took control of the ball with just under four minutes and sealed the third win of the season.

Mullens was proud of his team for not allowing a big loss last week to snowball into another one:

Part of that second half role-reversal was Kittle not catching any passes. His 210 yards placed him five yards shy of the single-game tight end record held by Hall of Famer Shannon Sharpe.

When asked what may have changed from the first 30 minutes to the latter, Kittle had a succinct response:

“We won. That’s about all that matters.” 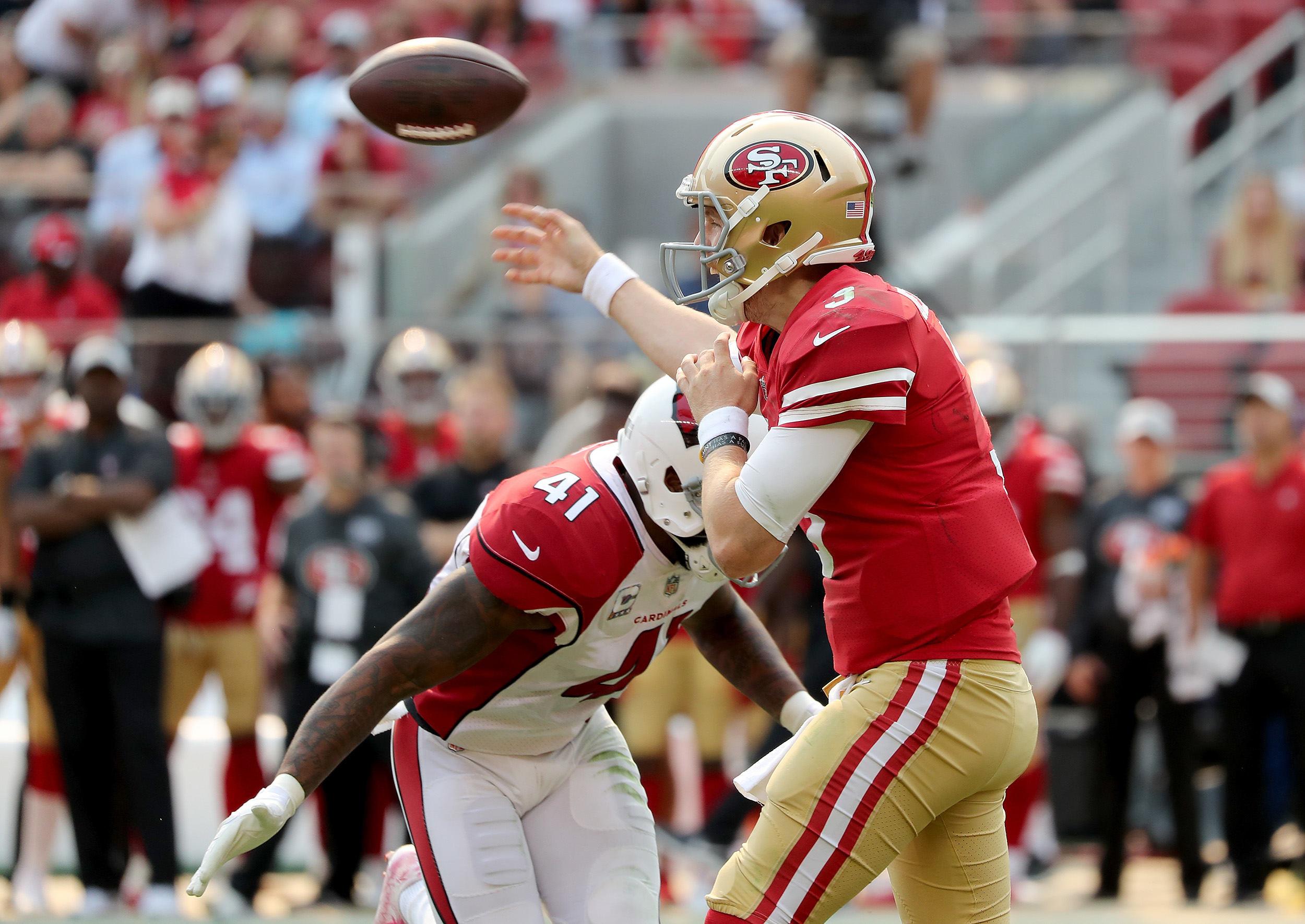