Humming Bird Place in San Francisco will add 14 beds at its facility which treats homeless people with severe mental illness and substance abuse disorder, city officials announced at a press conference on Tuesday.

The facility, at Zuckerberg General Hospital will increases its bed capacity from 15 to 29 beds by the beginning of next year, said Mayor London Breed:

“By providing these beds, we can leave no doubt that people have an option to get off the streets every night.”

She is also calling for the Department of Public Health to expedite a plan to add 70 to 90 beds at the hospital by next year. The department had originally planned to add 40 mental health beds by 2021, but Breed said that timeline is too long:

“We need to move faster and we need more beds.”

Breed, along with Supervisor Rafael Mandelman, also announced they will introduce legislation at Tuesday’s Board of Supervisor meeting to enact a state law that will allow The City to create a conservatorship program.

Critics of SB 1045 have said the law is not the right approach to help homeless people suffering from severe illness.

Wiener said he knows that conservatorship is not to be taken lightly, as a person’s right to make decisions for themselves is temporarily taken away. Wiener said:

“Allowing for someone to die on the streets is a lot more extreme than temporality having The City make housing and health decisions for someone so they can healthy and get their lives back.”

More than 7,000 psychiatric assessments are done each year by nurses, psychiatrists and therapists each year at the hospital, he said.

The Board of Supervisors will ultimately have to approve the conservatorship legislation but before discussing the legislation at a committee hearing first. 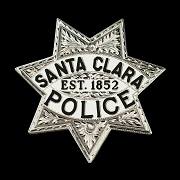