The NFL has finally made a decision in regards to 49ers linebacker Reuben Foster’s status for the beginning of the 2018 regular season.

Following a slew of off-field incidents, which includes domestic violence allegations, firearms violations and a drug-related arrest in Alabama, the NFL has suspended Foster for the first two games of the regular season without pay.

In a statement released by the 49ers, Foster addresses the suspension and took responsibility for his streak of miscues:

“I accept the League’s decision and am sorry that my mistakes have hurt my team. I have a responsibility to the 49ers, our fans and our community, and I am committed to learning from this situation and making better choices in the future. The support I have received over the last five months has been humbling, and I do not take it for granted.”

Along with Foster’s apologetic words, the 49ers also released a statement from the team’s general manager John Lynch who said he also supports the league’s decision:

“Our organization understands and supports the League’s decision. Although we are disappointed that Reuben will not be with our team for the first two games of the season, we will continue to work with him on making better decisions and eliminating unnecessary distractions. We are encouraged to see Reuben take responsibility for his mistakes, and hopeful that he has learned from them as well.”

For Foster, this may be as close to a best-case-scenario, particularly considering the fact that the NFL had set a precedent of a minimum 6-game suspension for domestic violence incidents — with or without formal charges as seen in Ezekiel Elliot’s case last season.

After having the domestic violence and drug possession charges dropped, the only violation to stick was that of misdemeanor weapons possession. Foster was sentenced to two years of probation and 232 hours of community service after pleading no contest despite legally purchasing the weapon in question in another state.

Foster is cleared to participate in all preseason practices and games according to the 49ers. 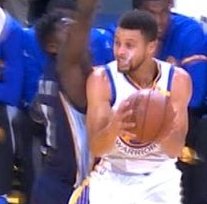