Camilo Senchyna-Beltran started his Saturday night with plenty to celebrate.

The 26-year-old emergency medical technician had just completed the paramedic certificate program at WestMed college in San Jose, advancing his dream of becoming a San Francisco firefighter. And, his birthday was just days away.

But out with friends just after 2 a.m. on Dec. 7, 2014, in front of Bruno’s, a nightclub at Mission and 20th streets, a scuffle led to a fistfight, and ultimately, gunfire, according to court documents. In the aftermath, Senchyna-Beltran — who friends say had not started the fight, but stepped in to stop it — lay mortally wounded by a gunshot to the chest, in need of the very care he was trained to provide.

Rushed by ambulance to San Francisco General Hospital, Senchyna-Beltran later died of his injuries. Weeks later, police arrested 21-year-old Taaron Bragg, who was charged with and later pleaded not guilty to murdering Senchyna-Beltran.

A judge ruled last June there was sufficient evidence to move to trial against Bragg. Bragg was ordered held on six counts, including murder and an unrelated felony robbery, according to court records.

On Thursday, after three years of legal wrangling, negotiations, and a near-start to a criminal trial, Bragg pleaded guilty to voluntary manslaughter and other charges carrying a total maximum sentence of 13 years in state prison.

Since his slaying 40 months ago, friends, colleagues and family of Senchyna-Beltran have been standing up to defend him against what they say are unsubstantiated claims from defense attorneys.

Deputy Public Defender Niki Solis said during Bragg’s arraignment in January 2015 that the San Francisco Police Department had video surveillance of the shooting, stating that the footage captured would exonerate Bragg by showing him being punched in the face just prior to the shooting.

But no such video was presented by the defense as evidence, according to Clare Senchyna, Camilo’s mother, who attended all three days of the preliminary hearing. Surveillance videos where shown during the hearing, she said, but none showed Bragg being punched.

A witness testified at the preliminary hearing there was no punch thrown by Senchyna-Beltran, who was instead breaking up a fight, and that Bragg shot into a crowd of people. The witness had been expected to testify if the case had gone trial.

Bruno’s wrote to SFBay in an email:

“It’s a senseless tragedy and we hope that Camilo’s family gets the justice and closure they deserve.”

Senchyna-Beltran had worked as a licensed EMT for Falck Northern California. Since 2012, he had been by the San Francisco Emergency Services Agency as an emergency medical technician, according to a database of certified EMTs maintained by the California Emergency Medical Services Authority.

Senchyna-Beltran was well-loved and respected by co-workers at Falck, according to his former supervisor, Sean Sullivan, 37, from Santa Rosa:

“Camilo’s behavior and performance at work were never in question. He was an outstanding EMT, outstanding employee, and outstanding co-worker. His co-workers loved working with him and appreciated his drive and work ethic to be a paramedic. Obviously everybody was heart broken.”

Family and friends interviewed by SFBay said Senchyna-Beltran was a huge “sneaker head” who loved Bay Area sports as a fan of the San Francisco 49ers and Giants.

An only child raised by a single mother in the Mission, Senchyna-Beltran was a popular presence focused in pursuit of his goals, according to those who knew him best.

He had recently completed the paramedic program at WestMed College, and was out celebrating his accomplishment the night he was shot, according to his mother.

During the last year of his life, Senchyna-Beltran became somewhat of a recluse who would rarely go out, according to Elena Engel, 63, a resident of San Francisco for over 40 years and friend of his mother who noted how hard he worked to pass the test:

“Camilo didn’t go out a whole lot. He was studying, he was really serious about what he wanted, so it was crazy that he went out that night.”

“I didn’t seen him the last year of his life because he stopped going out, he studied all the time. The last year of Camilo’s life he was so devoted to creating himself. For him that was so huge, he really wanted to prove to everyone and himself.”

Senchyna-Beltran was avidly into fitness, working out regularly in preparation of hopefully one day joining the San Francisco Fire Department, according to friend Henry Gonzalez, 31, an operations manager in the Bay Area:

“He was about his future, there was nothing in the world that was going to stop him from being a firefighter. Camilo was a man’s man, but he was so driven and so focused on his future and career that he wouldn’t have risked anything for that.”

Manuel Mejia, 59, an engineer with the Oakland Fire department and family friend, met Senchyna-Beltran after being introduced by a mutual friend who knew he wanted to become a firefighter. Mejia, who has almost 25 years of experience being a firefighter, was impressed by Senchyna-Beltran’s discipline to study:

Bragg had himself been the victim of violent crime just over a year before, when his brother Khalid was killed and he was severely injured in a shooting at a home in Brentwood in September 2013.

“Today is the first day I’ve been back here since my son was killed. … The same bullet that pierced his heart shattered mine.”

Bragg, who had a gun in his possession when he was arrested, was not listed with the Department of Justice as a registered owner, according to court documents. The largest portion of his sentence Thursday — 10 of the 13 years — was for use of a firearm in committing a crime.

On how easy it was for Bragg to get a gun, Senchyna-Beltran said:

“My thing isn’t to get revenge on him [Bragg]. … I want to focus on his accessibility to guns. My goal is to talk up until I die about the easy accessibility of guns. I’m not the only mother who is saddled with this for the rest of her life. I wake up every single morning and have to realize all over again my son is gone.”

“Biggest thing to me was how senseless it was.”

Friends and family started a fund in Senchyna-Beltran’s name to honor him on Scholarmatch, a organization that looks to help fund over 700 underserved high school and college students college expenses. The scholarship funded by donations has already helped a local student pay for his four years of college expenses. 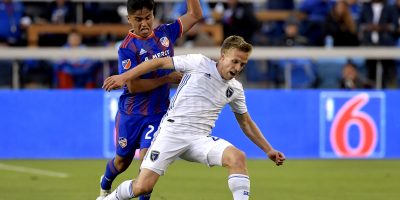 1 day ago0
Beyond SFBay

San Francisco Supervisor Hillary Ronen has teamed up with a Mission District elementary School for a proposal that would provide...