On a day when activists marched in support of immigrants arrested in federal sweeps, State Assemblyman David Chiu held a press conference at the City College of San Francisco Mission Center campus to remind students that the deadline to apply for the California Dream Act is on Friday.

Hundreds outraged over the arrest of more than 150 immigrants in Northern California surrounded the San Francisco offices of Immigration and Customs Enforcement, blocking vehicular access to the building Wednesday afternoon.

A series of speakers, some of whom publicly identified themselves as undocumented immigrants, shared their own stories of losing loved ones to ICE raids and demanded the release of all those who’ve been detained.

Dozens of protestors locked their arms together in large pipes, sometimes known as “lock boxes” or “black bears,” to prevent the chains from being cut and formed blockades in intersections around the building.

Trilce Santana said she was doing so in an intentional effort to prevent ICE from transporting detainees out of the area. She also urged anyone who felt compelled to do so to get involved in the resistance:

“You would want someone to speak up for you if it was you being separated from your family.”

Meanwhile, in the Mission, Chiu told students and gathered supporters that an upcoming deadline for undocumented students to apply for college aid is fast approaching in California.

City College Chancellor Mark Rocha said most students, including Deferred Action for Childhood Arrival students, qualify for financial aid and should apply at the college’s Ocean campus but are reluctant to sign up due to fears of deportation, especially under the administration of President Donald Trump:

“We understand the apprehension, even the fear of putting down your name down on the application.”

“I promise you that information will be held confidential so that we can process your application.”

Alejandro Jimenez, a coordinator with Voices of Immigrants Demonstrating Achievement at the college, invited students to the resource center at the Ocean campus to get counseling for applying for financial aid or enrolling at the college.

Jimenez said having the California Dream Act can make a difference in a student’s life:

“Having the California Dream Act is the difference between having to have two or three jobs and take one class at a time or moving a mile in your education.”

Alejandro Villeda, a DACA student at City College, said he had some fears attending college because of not knowing what his future would be and who would help him as a student.

But as he soon found out, a number of resources were available to him and now encourage students to take advantage of them, including applying for the California Dream Act:

Downtown, at the protest outside ICE’s San Francisco office, a group of demonstrators, comprised entirely of people of color, locked themselves together in a blockade just outside the gate to a parking area containing official vehicles.

Sharif Zakout, with the Arab Resource and Organizing Center, said many of those locked together are the children of immigrants and as such it was important to stand in solidarity with those in ICE custody:

When asked for comment, ICE officials said the agency:

“… fully respects the rights of all people to voice their opinion peacefully without interference.” 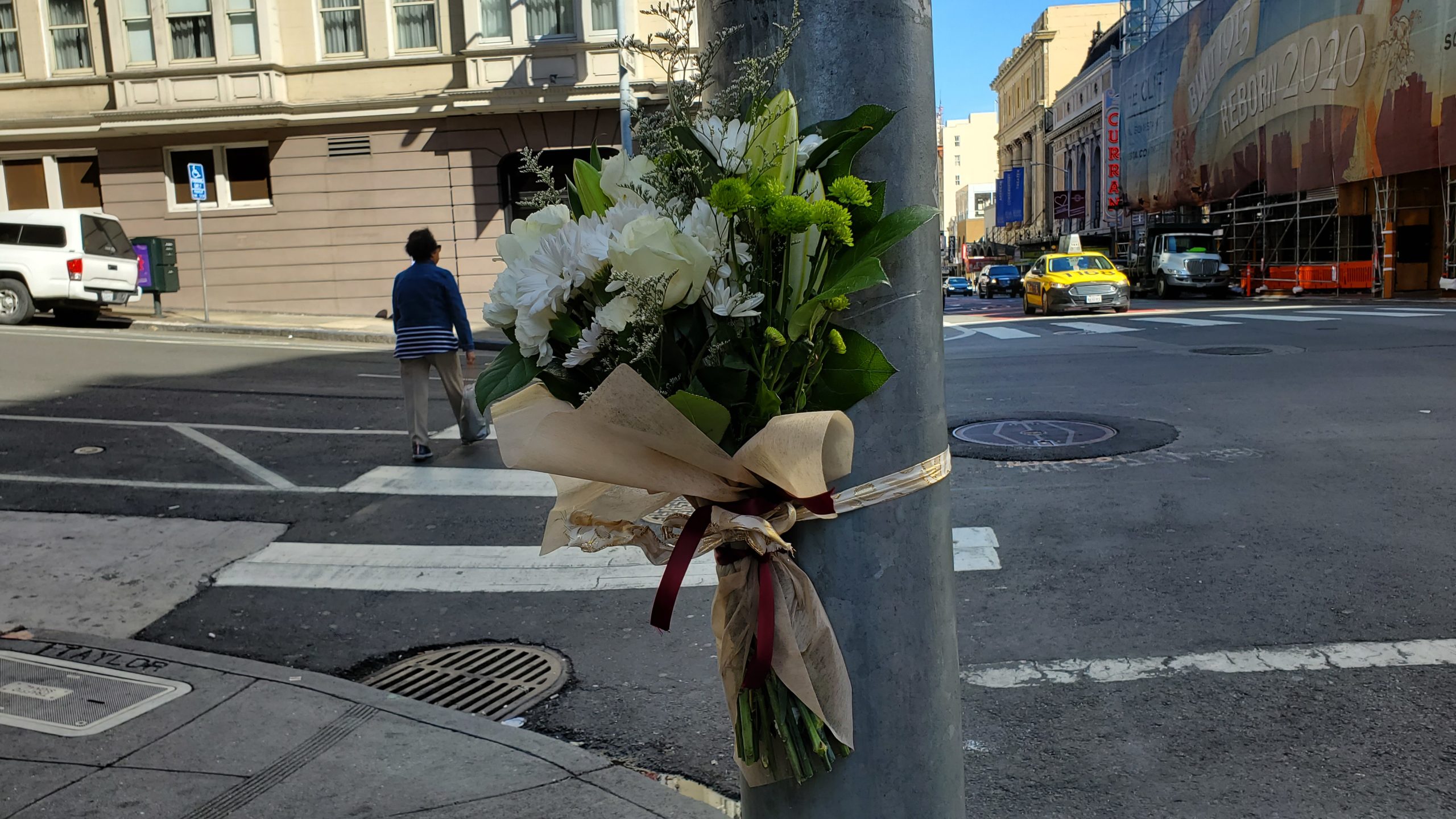