Behind a nearly perfect return from quarterback Derek Carr, and an even better day from rookie kicker Giorgio Tavecchio, the Raiders overcame a continued lack of pass rush to squeak by the of the playoff hopeful Titans in Week 1.

For the first time since the Philadelphia Eagles in 2000, Tennessee opened their season with an onside kick, attempting to pick on the rookie safety Shalom Luani. The alert seventh-round selection regrouped from a retreating first to make the recovery, giving Carr a shot field for his first possession since breaking his fibula a year ago with which he would toss his first touchdown of 2017, an eight-yarder to Amari Cooper.

And that is the way the entire game would go: Oakland would stay one step ahead all afternoon, never falling behind and sealing things on a Tavecchio field goal with 1:09 left on the clock.

The 27-year-old rookie split the uprights on each of his six kicks, including a pair of 52-yarders making him the first kicker to make multiple 50-yard field goals in his NFL debut. And under fourth-quarter pressure, with the outcome on the line, he drilled a 43-yarder.

Tavecchio, born in Milan, Italy and raised in Moraga, signed a contract on Saturday replacing veteran Sebastian Janikowski, who had been placed on injured reserve with a back injury. He will be the Oakland kicker, replacing Janikowski, for no less than eight weeks after spending each of the past four preseasons with the Raiders.

Janikowski, a 2011 Pro Bowler, has converted more than 80 percent of his field goal attempts in each of the past three seasons, boasting a career percentage of 80.4, but has seen that percentage fall to 55.6 percent on attempts of 50-plus yards in that stretch. He was also forced to take a $1 dollar pay cut leading into the season opener.

In summation, Tavecchio may have become the permanent kicker for the Raiders moving forward.

Second down: Lynch makes most of expected light workload

Making his first appearance since the Seahawks’ playoff loss to the Panthers in 2016, Marshawn Lynch carried the ball 18 times — about the number that one would expect from a running back in his first game back from a year-long absence. But the Oakland product ran as physically as ever, power through Titan tacklers one after another.

In piled 76 rushing yards, including a long of 14, and made one catch for an additional 16.

This is more production than most realistic expectations. If the Raiders can get anywhere near 90 scrimmage yards per game from the 31-year-old, particularly the type of yards Lynch is capable of compiling, adds a fourth dimension to an offense already incredibly tough to stop.

Third down: Where’s the pressure

Tennessee quarterback Marcus Mariota was brought down just once, a shared sack by Mario Edwards Jr. and Justin Ellis.

Oakland finished dead-last in sacks (25) a season ago, which was the downfall of a lackluster season-long defensive effort. On more than one pass play, Khalil Mack was kept clear of Mariota by a combination of tight ends and running backs. That flat cannot be the case if the Raiders are to pursue their Super Bowl aspirations. Competition along the way will not do them the favor of handing the ball to one of the game’s best running backs a mere 12 times, nor will their passing games be held out of the endzone given that effort — or lack thereof.

Bruce Irvin, Mack, Edwards and Ellis need to increase the pressure and force turnovers to beat the Kansas City Chiefs of the world.

Fourth down: Avoiding the yellow

Oakland led the league, by a considerable margin, in penalties per game (9.1) in 2016. In their season-opening victory, the were called for just five, amounting to 49 yards.

The little yellow flags have been the bane of the Raiders’ intentions, with the team finishing among the five most penalized in 10 of the 14 seasons since its most recent playoff berth.

It’s fools gold to think that the Raiders will be called for so few penalties for so few yards on a consistent basis but every time thy do, it will help the offense overcome a lack of pass pressure and poor opposing play calling.

It wasn’t a major upset, but going into hostile territory and stealing a Week 1 victory over a fellow playoff contender is the perfect way to start the season. Continuing those winning ways will be easy should Carr to post passer ratings in the 115 range with more than 100 yards of assistance from the rushing attack game in and game out, needing to overcome just 16 points allowed to a capable offense by a pass rush-less defense.

And if that should ever let them down, they can always just force feed Seth Roberts, who joined Cooper on the receiving end of Carr TD flings. After all, Oakland is now 10-0 when Roberts grabs a touchdown — and 12-0 when he scores any points with Oakland also winning two games in which he was on the receiving end of two-point conversions. 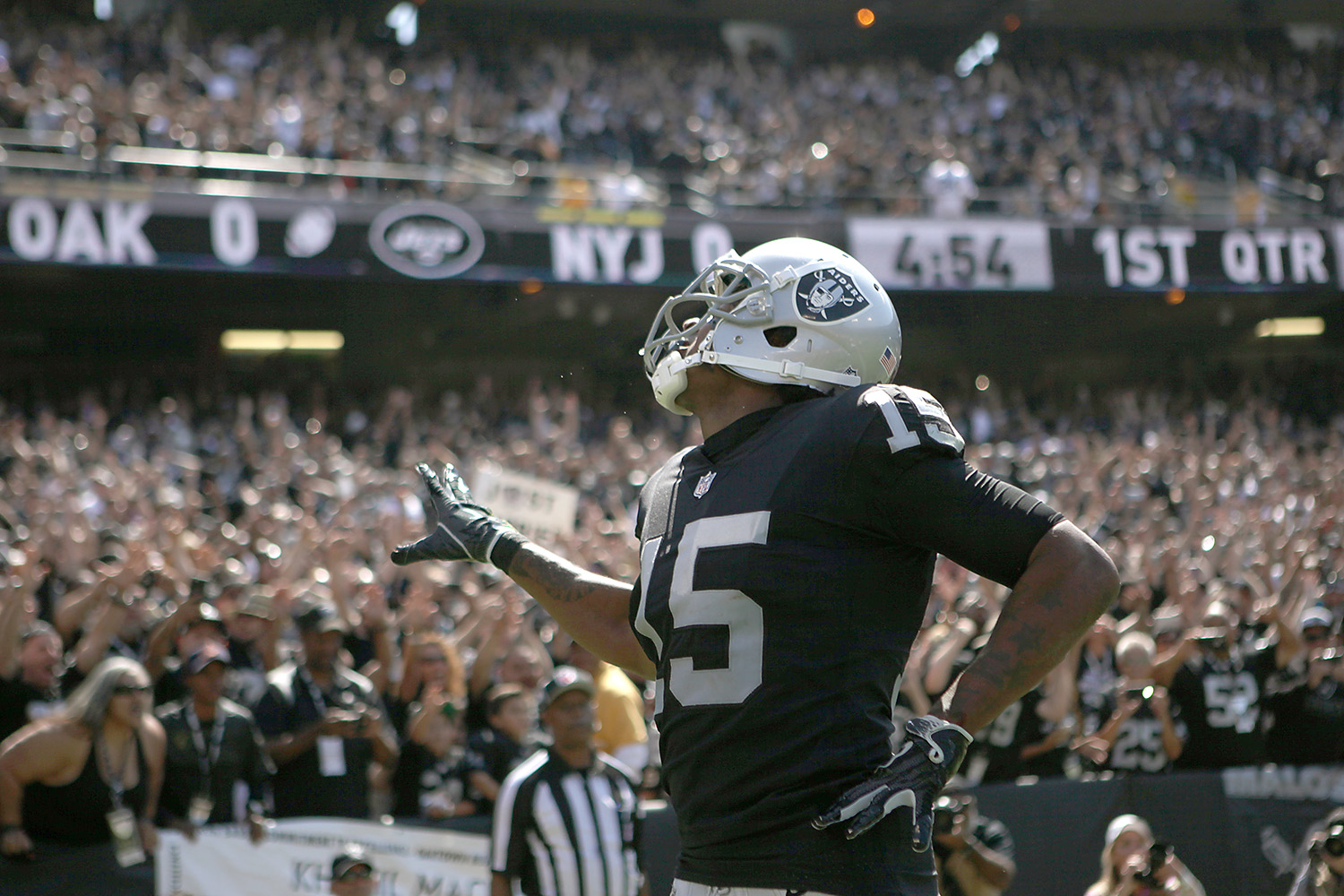 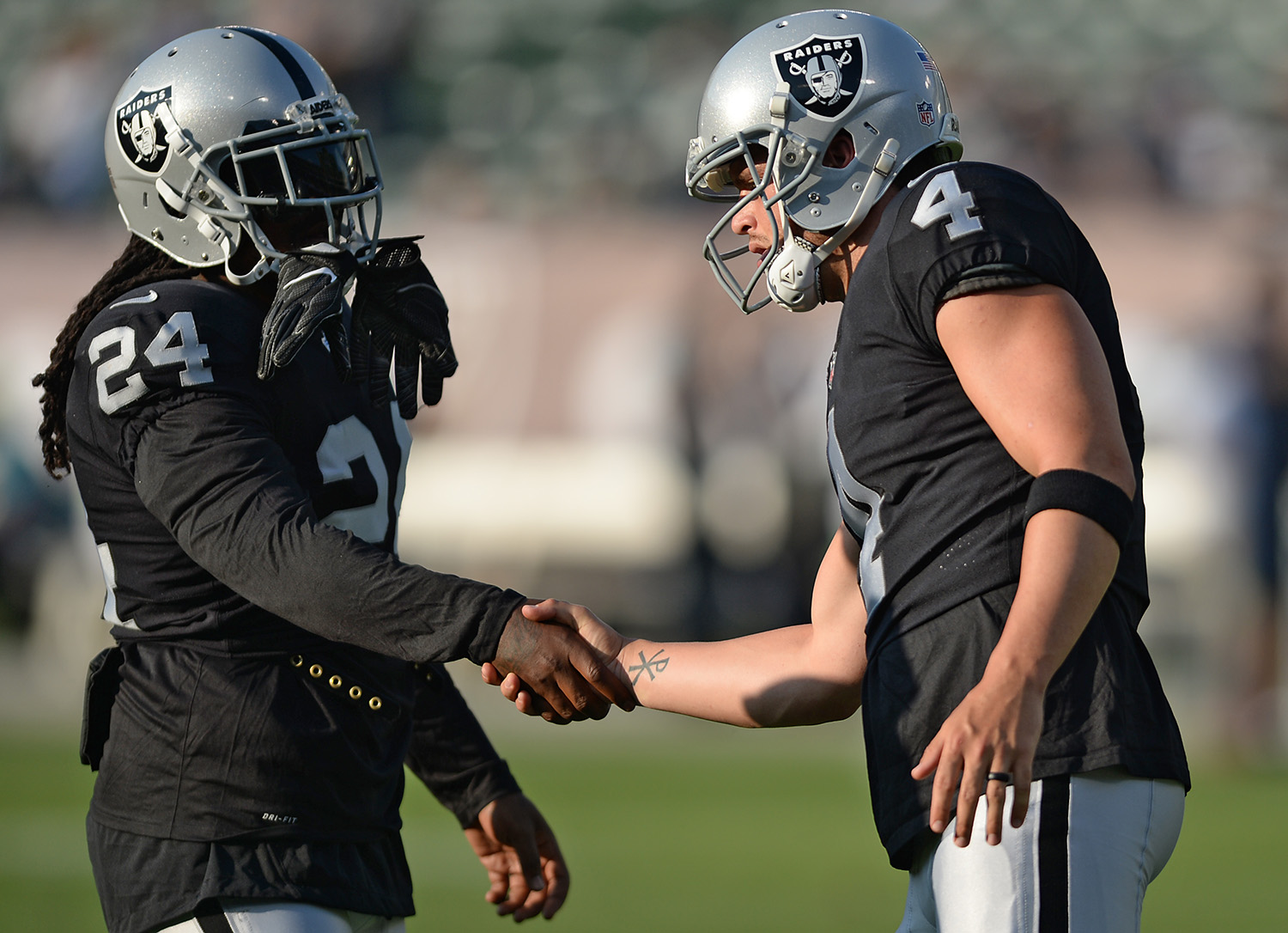 For any professional sports franchise in throes of complete rebuild, there are certain checkpoints offering promise of a corner turned.