A parking-protected bikeway project on upper Market Street was approved by the San Francisco Municipal Transportation Agency Board of Directors on Tuesday despite concerns from the fire department.

Gonzales said the configuration, in which parking spaces would serve as a buffer between bicyclists and traffic, would impede fire truck ladder operations.

A SFMTA staff report cited concerns from the fire department that the ladder distance between the Muni overhead wires would be less than 10 feet, and the parking protected bikeway would increase the distance from buildings.

The project already had many supporters from bicyclists, who came out to the SFMTA board meeting in support of the project.

Mary Kay Chin, who rides her bike in The City every day and who sits on the San Francisco Bicycle Coalition Board of Directors, said she understands the need for firefighters to get to fires quickly and safely, but:

“I also would like to have my life be saved every single day. Not just the days when I need emergency vehicles.”

Chris Cassidy, communications director for the SFBC, said it was important for the SFMTA to install parking protected bikeways along city streets identified by The City as high-injury corridors.

It’s also a popular direct connection to “the Wiggle” bike route for bicyclists headed toward western neighborhoods to avoid The City’s hills.

A number of pedestrian safety improvements are also included in the project, such as 14 pedestrian bulb-outs, eight green bike boxes and 16 upgraded curb ramps. According to the SFMTA report, the project requires the removal of 29 metered parking spaces and 11 metered motorcycle parking spaces.

Ream added that the SFMTA worked with the fire department since last year that included three walkthroughs in the project area that included fire truck demonstrations.

In the SFMTA report, staff made revisions to the project, which included removing planned angled parking on Hermann and Buchanan streets, adjacent to Market Street. Staff also reduced the size of a pedestrian island and removed a “thumbnail island” at a Muni boarding island.

The total cost of the project is $9.6 million. 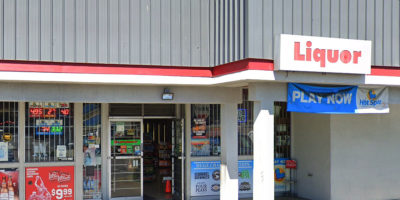 Though Steve Kerr was not in attendance for Game 1 — he actually kind of was.