The San Francisco International Airport will close one of its runways this weekend and for eight more additional weekends after that to accommodate a repaving and upgrade project, according to an SFO official.

The runway, which is primarily used for arriving flights, will reopen at noon on Monday. The same closure will be in effect every weekend through the weekend of June 9, Walsh said.

The one exception is on Memorial Day weekend, which begins on May 26.

“[The work is] timed on weekends during this time of the year to have the least impact possible. … We had to do it while it’s dry, and we’re trying not to do it in July, August or September.”

The project will result in new asphalt on the runway, which was last paved in 2008, Walsh said.

During the work, crews will lay down enough asphalt to cover the equivalent of ten miles of a four-lane highway, Walsh said.

It will also result in the installation of new, long-lasting LED centerline lights and new ground markings.

The airport will use its three other runways to accommodate all flights during the closures but passengers may experience some delays, especially during periods of high-traffic or bad weather, Walsh said.\ 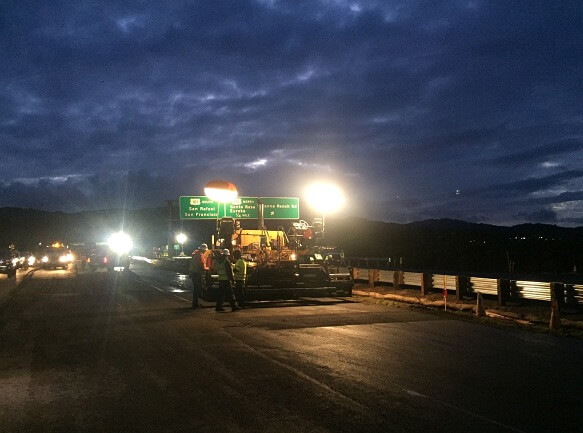