The Municipal Transportation Agency will get $45 million that will go toward purchasing 10 light rail vehicles for expansion needs to meet future public transit demands.

Bay Area Rapid Transit was also awarded $20 million to procure 48 vehicles needed for the transit agency’s extension to Silicon Valley. The funding though is contingent upon Santa Clara County voters approving a half-cent sales tax in November that will help fund the project.

Speaking of Muni’s new trains, the SFMTA’s Board of Directors on Tuesday approved six changes to the new fleet after the transit agency displayed a full mock-up of half of the vehicle.

Officials gathered input from the public, operators and maintenance employees and from the Accessible Services division that resulted in the changes after looking at the mock-up.

Officials are requesting a color block to the left of the destination signs including for the route letter so that riders can easily identify the vehicle’s route.

Other changes to include integration of technology of the newer light rail vehicles with the current Muni system, a quicker system for an operator to set up his or her run and installing charging stations inside the operator cab for handheld radios.

The changes would not increase the cost of the contract with Siemens Industry Inc., who are manufacturing the trains at its Sacramento plant, according to transit documents.

A presentation from John Haley, director of transit, said production is underway for the first four vehicles, and that Siemens is in the process of testing the first train. The delivery of the first train is still scheduled to arrive by the end of the year. 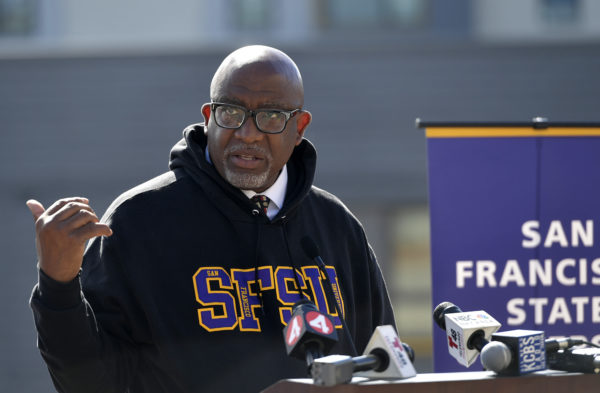