The San Francisco Department of Public Works is planning to remove a life-sized statue of a naked Donald Trump that drew national attention after appearing in the Castro Thursday, according to Supervisor Scott Wiener, but he’s working to keep the sculpture on public display at a restaurant on Geary Street.

“Ideally I would love for it to remain a while longer, because it’s so fitting that in the Castro the world can see Donald Trump for the ridiculous shyster fraud that he is. … I tried to persuade Public Works to let the statue remain but they’re pretty determined to remove it tonight.”

Wiener adding he’s trying to get the statue turned over to Lefty O’Doul’s, a long-standing restaurant and cocktail lounge.

Lee Houskeeper, who is negotiating on behalf of the restaurant, said The City may have to keep the statue “in custody” until after the general election in November:

Wiener has scheduled a news conference with Nick Bovis, owner of Lefty O’Doul’s, for 8:30 a.m. Friday at 333 Geary St. to detail their plans for persuading The City to release the statue.

The controversial statue was installed sometime this morning at the corner of Castro and Market streets, just outside Jane Warner Plaza.

An American activist collective called Indecline took responsibility for the statue, which is similar to others that went up today in Seattle, Los Angeles, New York and Cleveland.

Indecline released a statement saying the project started in April and was completed Aug. 10 in an undisclosed location on the West Coast by a Cleveland artist and sculptor known as Ginger. Ginger works exclusively in the horror genre. Indecline chose Ginger to create a realistic and grotesque image.

Indecline’s statement said that the collective watched in awe as Trump made his way miraculously to the Republican nomination and they decided to speak up. The group’s aim is to say they don’t want to see Trump elected as president of the U.S.

Someone put a red hat on the statue, Aiello said:

Ginger used a combined 700 pounds of two types of clay, 400 pounds of concrete and rebar, two gallons of foam in each statue and a gallon of resin. 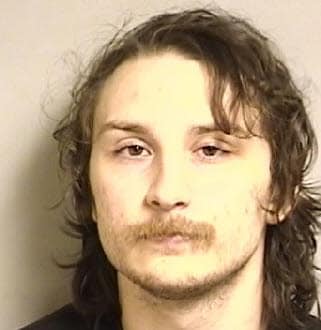