Super Bowl 50 travelers with unsettled lodging plans may have to fork over more than twice the normal rate if they want to book the Bay Area’s remaining hotel rooms and Airbnb listings.

Last October, CheapHotels.org survey found hotels had raised rates by upwards of 300 percent for nights around Sunday’s game, with one hotel, the Andrews in Lower Nob Hill, raising its price to nearly $900 a night for a standard room. A recent SFBay review of hotel prices showed their nightly rate at $789.

The Andrews still hasn’t been fully booked, and CheapHotels.org chief surveyor Daniel Berger said he was surprised to find plenty of other three-and four-star rooms still available in San Francisco and nearby cities:

“Obviously rates are a lot more expensive than they are generally. But compared to other Super Bowls, it’s still okay … There are still a bunch of hotels available in San Francisco, I’ve found, for $150 to $200 [a night].”

Visitors can still find relative bargains at hotels like Mission Street’s El Capitan and the Budget Inn on Market Street near Civic Center, though they would be wise to sample reviews, like this one from a Canadian traveler:

“If you can afford to stay somewhere nicer, do it. … Our first room had bed bugs but they did end up moving us, although that was after we asked them to get a different room with a working tv and they said all the rooms were full. There are many sketchy people staying/living there and the hotel is in a very very sketchy neighbourhood [sic]. …  The smell of urine in the doorway is overwhelmingly disgusting.”

Panthers fan Brad Smith said he and his wife, Tammy, made a short trip from Charlotte, North Carolina to the Bay to support their team, even if it meant heading back home long before kickoff. The couple is staying just two nights, having arrived Tuesday with a flight home booked for Thursday:

“It was too expensive to stay through Super Bowl weekend. … Last weekend, the place we’re staying in cost $199. For us last night it was $400.”

Broncos fan Jeremy Metz had other ideas, as his team’s shortcomings last season motivated some presumptive planning for Super Bowl 50:

“We started booking things a year ago. … We went to [Super Bowl XLIX in] Phoenix last year hoping the Broncos would be there. It didn’t work out. At that point we planned to come to San Francisco hoping, again, the Broncos would make it.”

Metz and his wife, Britany, flew in from Minneapolis on Wednesday with two game tickets in tow. The couple is spending their first three nights in San Francisco and three more in Santa Clara.

Metz said he used travel rewards points to book their rooms at the Hampton Inn on Mission Street shortly before Super Bowl 50 weekend was blacked out for point redemption. He said he recently grew curious as to what the rooms he booked all that time ago was worth in dollars today:

Airbnb users face similar struggles to those seeking hotel rooms. The service still shows a number of local availabilities, albeit with significant price hikes. A six-by-eight foot treehouse — complete with a bright-yellow kiddie slide — was shown at $300 per night for Super Bowl weekend, with a three-night minimum and no extra charge for additional guests. 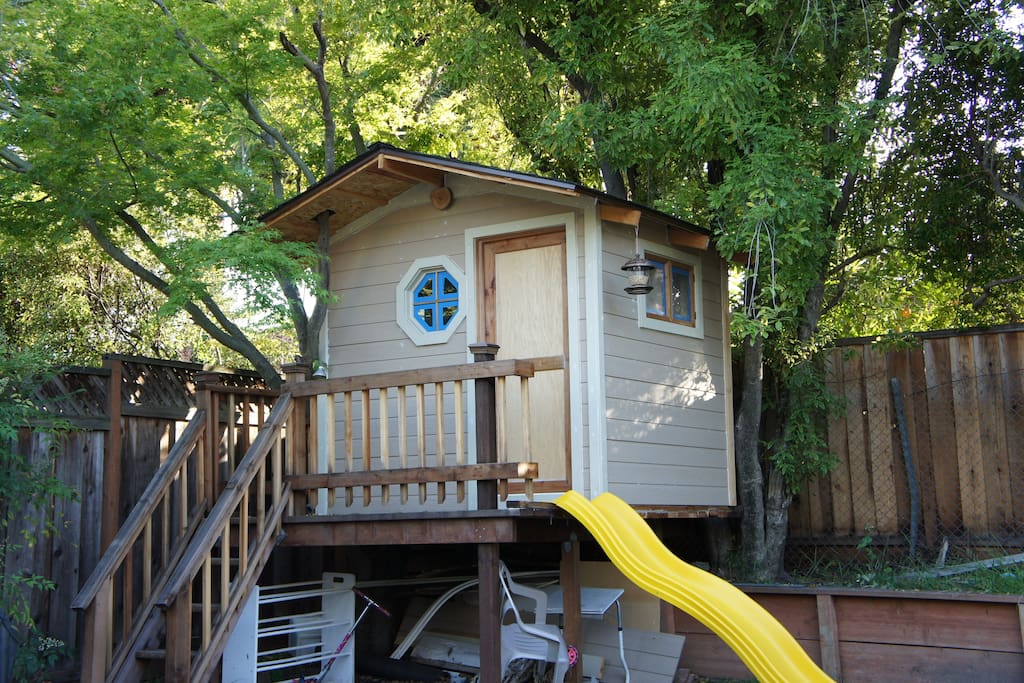 One Airbnb host, who asked not to be identified, said he hasn’t had trouble booking his spaces in Oakland and San Francisco for major local events like Outside Lands Music Festival. He said the Super Bowl, however, has him waiting longer than usual to fill vacancies:

The host, who has been finding guests through Airbnb for over two years, said he’s kept an eye on hotel rates while considering what he’ll charge:

“I’m basically charging about 30 to 40 percent of some of the hotels. … I’m charging much more than I would have charged normally.”

He’s not the only one. The average Airbnb rate in San Francisco for two occupants checking in the Friday before the Feb. 7 game and leaving the day after is $320 per night. That’s 41 percent more than the average cost of the same rooms just one week later, according to Airbnb online listings.

Berger said hotel rates should also drop down to normal almost immediately after the game.

Organizers said they expect Super Bowl 50 and local events leading up to it to bring more than a million visitors to the Bay Area between Jan. 30 and Feb. 7.