Same-sex couples were among the most celebratory members of the crowd this morning outside City Hall, with many waving rainbow flags and others wearingtoda the flags superhero-style.

Hugs were widely exchanged this morning between members of the public, and with openly gay public officials such as Leno, San Francisco Treasurer and Tax Collector Jose Cisneros, as well as city supervisors David Campos and Scott Wiener.

D’vora Tirschwell, a resident of the North Bay, who stood outside City Hall adorned in a rainbow outfit, said Friday was a “profound” moment for American families.

Tirschwell said although she has been in a same-sex marriage since 2008, the court’s ruling “means families can be protected legally” and that couples can establish families with dignity:

“It tells me the constitution means what it says it means, what I always thought it meant.”

She said the ruling will change the lives of thousands and make it possible for same-sex couples to have legal rights, such as visiting privileges at hospitals and guardianship over a spouses’ children.

Kendell said that with this ruling “the ground has shifted” and that “justice and love won today”:

“Much of what we won today started here.”

Kendell acknowledged the sacrifices made and the shame and indignity that so many people have endured prior to this decision.

Leno said he experienced firsthand the indignity when he came out as an openly gay man in 1969, at a time when many people still thought of homosexuality as a mental illness and laws were unapologetically anti-homosexual.

“We did it. … Today San Francisco’s values become America’s values.”

Newsom, a former San Francisco Mayor who gained national attention in 2004 when he directed the San Francisco city-county clerk to issue marriage licenses to gay couples in violation of state law, was among the most celebrated public figures at the celebration Friday.

Newsom thanked the gay community for relentlessly standing up for what they believed in and thanked all those who stood with him in the fight for gay marriage:

Urging everyone assembled to remember this day when they feel cynical in the future, Newsom said:

“It’s a day of affirmation. … Don’t ever despair, don’t ever give up.”

Newsom said today is a reminder that in San Francisco and across the nation:

“We celebrate, we don’t tolerate, our diversity.”

He said this ruling is a reminder that human beings care deeply and that it is a human right to love whomever we choose.

“The best is yet to come in this country,” Newsom said, expressing his own excitement to raise his children in a country where all citizens can marry with dignity. 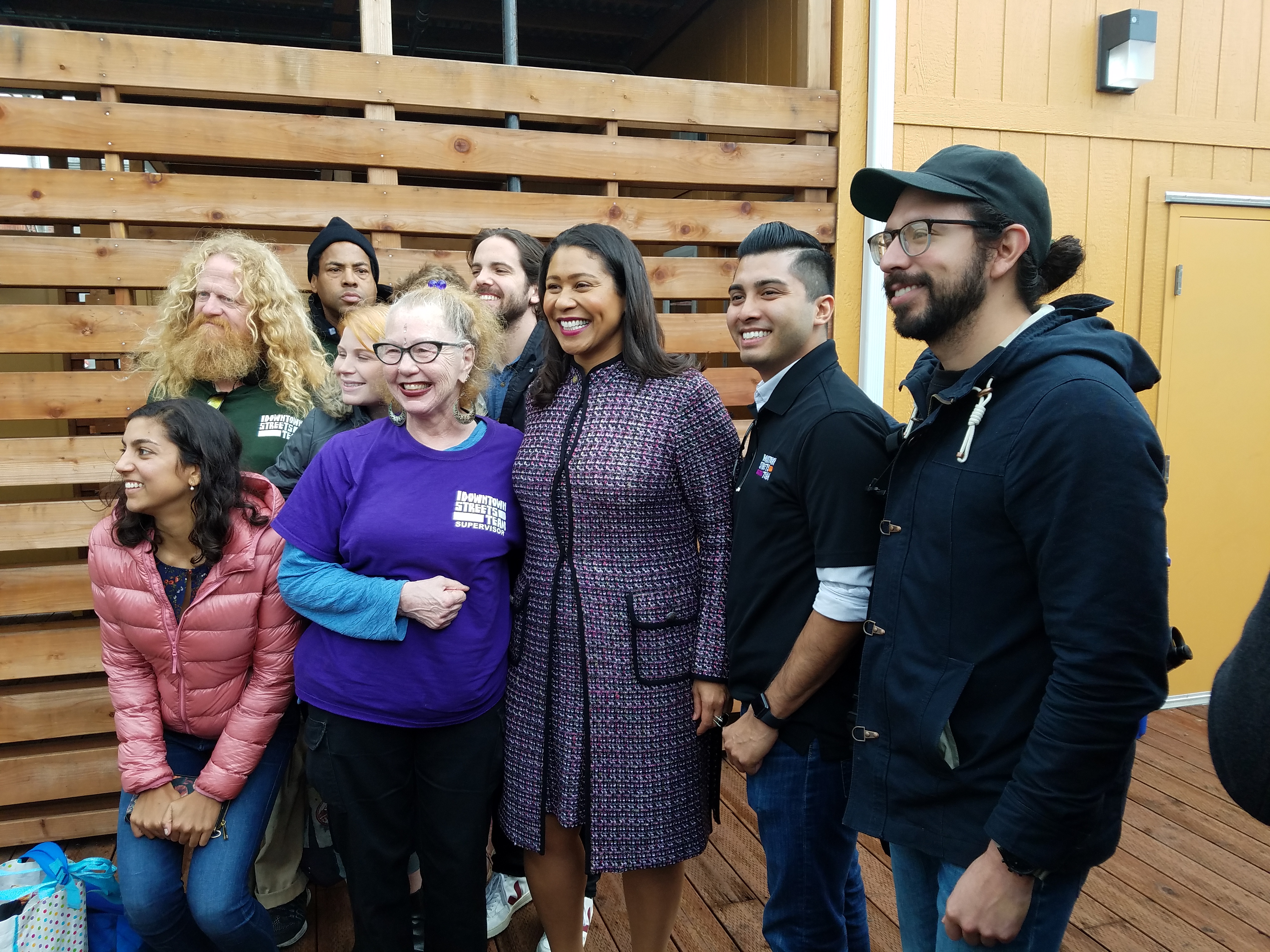