They did it. The Giants lost nine in a row at AT&T Park.

If you want to talk records, this one’s a doozy: The last time the Giants dropped this many in a row was 1940, when they lost 11 straight at the Polo Grounds. Monday night, with a 5-1 tumble to the Seattle Mariners, the Giants pulled alongside those ranks.

Like Willie Mays said after Alex Rodriguez broke his home run record, records in baseball are meant to be broken. Some are highs, some are lows.

Just a month ago the Giants had won eight straight, and suddenly they’re in that funk. For Bruce Bochy and his crew, it’s a rocky path often travelled:

“We’ve been through this … You like to be a little more consistent. The key is to stay out of these prolonged losing streaks.”

However mind-boggling the streak appears, it hangs on a weak thread. One big swing of the bat and the nine-game home losing streak — five games overall — is merely history.

The breakthrough the Giants are hoping for, though, is definitely easier said than done. The simplicity in itself forces hitters into a race to be the hero, said Bochy:

“You get in a skid like this sometimes they do press … I know they’re trying, they might be trying a little too hard.”

The Giants have passed up a lot of scoring opportunities this gloomy June, and Monday was no exception. Angel Pagan, who was riding an 0-for-19 hitless streak, went 2-for-4 tonight. He cracked an opposite field, two-out single in the first inning and Buster Posey followed suit to put him in scoring position. But Brandon Belt‘s swinging strikeout sent them trotting back to the dugout.

Pagan went opposite field again in the third and advanced to second on a wild pitch. Belt moved him to third on a ground out, but the other Brandon ended it on a groundout.

San Francisco eked out a run in the second to tie the score at 1-1. Crawford and Matt Duffy hit leadoff singles and Nori Aoki pushed Crawford to the plate with a high chopper RBI single.

The Mariners, led by starter Taijuan Walker (W4-6, 5.00 ERA), got it done on their end. They broke the tie with a fifth-inning rally that included a Logan Morrison RBI single.

They went up 3-1 after yet another defensive blunder when Joe Panik chased too far after a long Austin Jackson pop-up. Pagan or Jarrett Parker should have called him off earlier, given the long hang time, but it fell and scored Mike Zunino easily from third.

Tim Hudson (L, 4-6, 4.65 ERA) had a standard five-inning start. He forced a few quick 1-2-3 innings and held Seattle to just three earned runs on eight hits, but had to deal, again, without run support. His offense has only been able to give him less than three runs of support on average over his 12 starts.

Seattle’s punchy lineup — Austin Jackson, Robinson Cano, Nelson Cruz, to name a few — found just the right gaps to get on base, hits that would otherwise find a shifting Panik’s glove snuck past and over the second baseman many a time.

Bochy was content with Hudson’s start. Though some pitches miss location, the 39 year-old is putting in good work, Bochy chuckled:

“We don’t expect him to run us deep into the game every time he’s up there.”

Yusmeiro Petit kept the game winnable yet again with two innings of hitless ball. But Jeremy Affeldt and Hunter Strickland both gave up a run in their respective innings to seal Seattle’s win.

Hudson looked frustrated after his start, but remained positive:

“We’ve got some tough games that we’ve lost here. We just got to play cleaner baseball.”

It was another disappointing night for Giants fans, so it may be a good idea to watch some fourth-quarter Steph Curry highlights and lighten up. It’s a slump, and the Giants will get out of it.

As for the devastating lows and what now seem like far distant highs, both Bochy and Hudson commented:

While the Giants were falling behind in San Francisco, Matt Cain took the mound for the River Cats for a rehab start against the Fresno Grizzlies. According to a report from the Sacramento Bee, Cain pitched 3-2/3 innings and gave up four runs on six hits. His fastball hung in the low nineties, at best, and he is mixing in his breaking pitches.

Cain struck out six and gave up a home run to Matt Duffy. Yes, there’s another Matt Duffy in California who plays baseball.

There were some nice moments during Monday’s loss, like the show Brandon Crawford put on at short in the seventh inning. He made three big plays for three straight outs: A diving stop on Logan Morrison‘s sharp hit to left, a clean swoop of Austin Jackson’s ground ball, and a leaping catch of Robinson Cano‘s line drive.

The brick wall of a shortstop — who boats a .282 average and 40 RBIs — is all up in the All-Star discussion, as he should be. 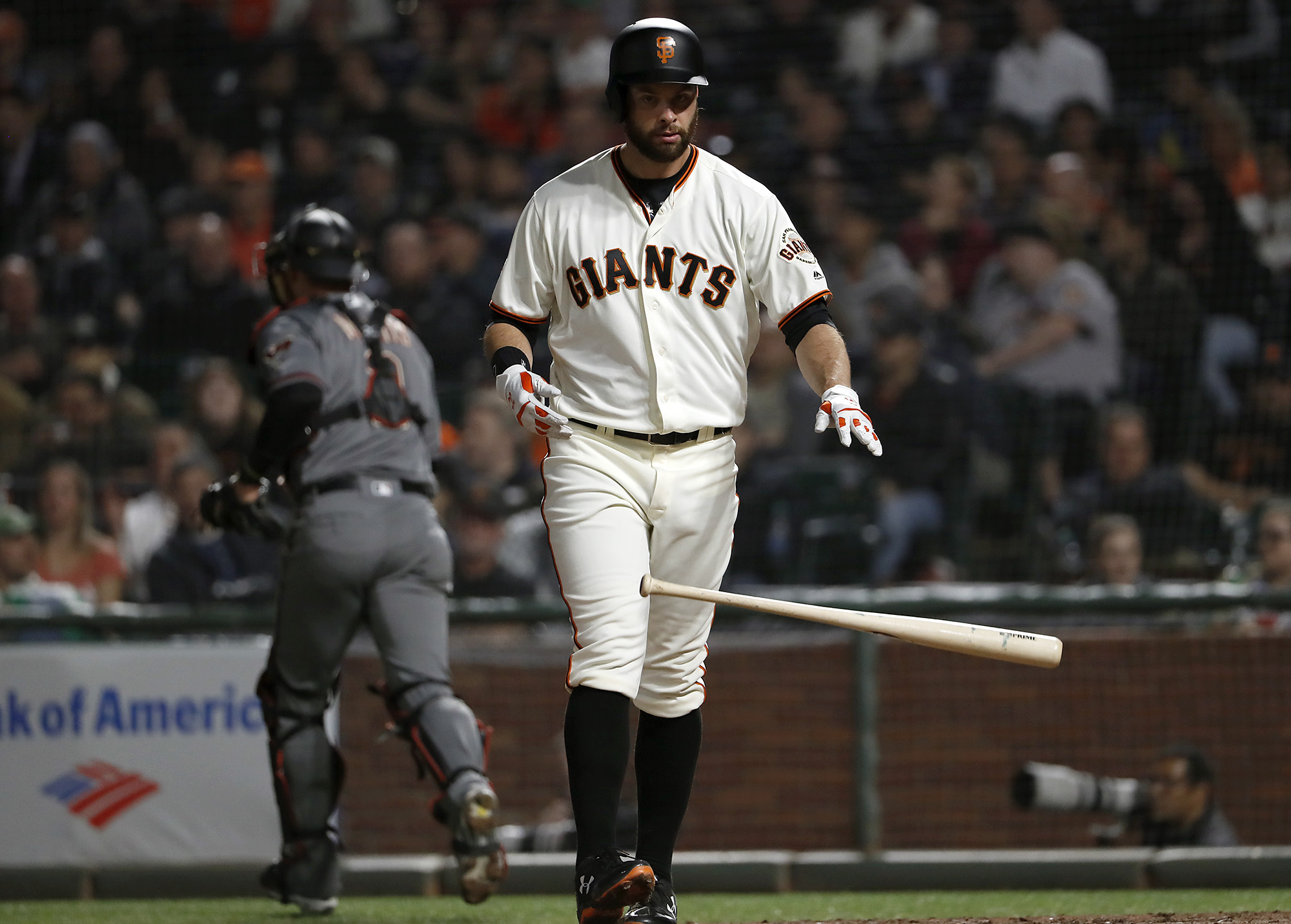