“He (Perez) changed speeds well tonight, the changeup he took quite a bit off it … Give this kid credit, he went out there and he attacked the hitters well with all his pitches, and like I said, he’s hitting the corners and keeping it down with movement. He used his secondary pitches well. When you have a pitcher out there on top of his game, hitting his spots, with good stuff, you’ve got your work cut out.”

Perez’s only gaffe came after singling in the sixth inning, when he couldn’t zip up his jacket at first base. After a short delay, Perez eventually discarded the outer layer.

Lincecum was only able to extend his scoreless innings streak by one before allowing single runs in the second, third, fourth and fifth innings.

Lincecum was tagged with the loss after allowing four earned runs on eight hits in 4-1/3 innings, saying after the game that it was tough consistently pitching with men on base:

“Especially when they do it in consecutive innings, I think it was four innings in a row. Constantly just being put in a pressure cooker and just trying to find a way to respond … They were doing a good job of hitting it into that kind of grey area.”

Lincecum tipped his cap to the Braves lineup for putting good swings on his pitches, but added that the three stolen bases he allowed increased the pressure:

“They had me working out of the stretch a lot, and taking the extra base as well. Stealing a couple bases definitely put the pressure on me. I had to make better pitches in those scenarios and they’re just putting pretty good swings on some pretty good pitches I thought.”

Andrelton Simmons didn’t wait to end Lincecum’s streak, giving the Braves a 1-0 lead in the top of the second on a slow rolling RBI single up the middle. The hit ended the longest active scoreless streak in the majors, and Lincecum’s longest since his personal best of 27 innings last summer.

The Braves would score again in the third, this time sparked by an Andrew Susac throwing error. Susac attempted to throw out Jace Peterson stealing second, but was wide with his throw to Crawford, allowing Peterson to advance to third. Cameron Maybin followed with a single to knock him in.  Both Maybin and Simmons finished with two RBI’s.

Susac was likely only in the lineup because of Lincecum (L, 5-3, 3.00 ERA), who still is not regularly caught by the surging Buster Posey.

The struggles continued when Uribe smacked a leadoff double to left field to start the fourth. Lincecum nearly got out of the inning unscathed until Bethancourt hit a clutch two-strike, two-out RBI single to left-center, scoring Uribe from third for a 3-0 Atlanta lead.

Uribe had an excellent night at a park where he’s had several, going 3-for-4, including an eighth inning two-run bomb into the left field bleachers.

Lincecum gave up another lead-off double in the fifth, this time to Peterson, who scored from second on a Freddy Freeman single, his 25th RBI of the season. Peterson would score each time he reached base Saturday night, going 3-for-5 and finishing a home run short of the cycle.

The Giants came close to scoring in the sixth inning, with Crawford stepping up to the plate with runners on the corners and one out. Perez responded in his first high-stress situation, setting up Crawford with two 91 mph sinkers, then fanned him with a 78 mph change-up to the same location. Pagan would follow with a ground out, leaving the Giants with nothing to show.

The Giants ran into some bad luck with a runner at third in the eighth inning, when a would-be Angel Pagan RBI single hit the rear end of Atlanta reliever Jim Johnson, right into the path of Uribe for an easy put out at first. Had the ball gone through, Crawford and Pence likely would have likely scored from second and third.

An eighth-inning RBI single by Simmons off Giants reliever Jean Machi added to the lead, as did Uribe’s two run shot shortly thereafter.

San Francisco was shut out for the fourth time this season, the third time at home. … Joe Panik has hit safely in 13-straight home games, hitting .306 (15-for-49). … Joaquin Arias snapped a 0-for-16 hitless skid with a pinch-hit single in the ninth inning. 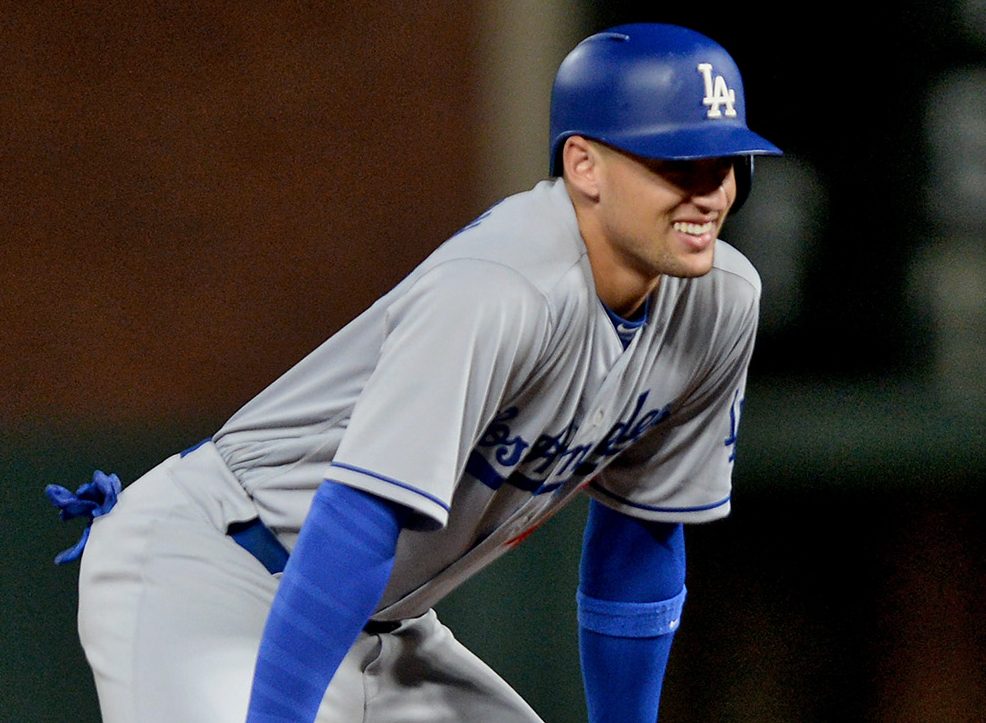