Luminaries from the heyday of Oakland’s blues scene gathered in front of the West Oakland BART station Friday to unveil the “The Music They Played on 7th Street Oakland Blues Walk of Fame,” a project twenty years in the making.

Oakland was called the “Harlem of the West,” said “Terrible Tom” Bowden, who used to sing in the clubs that dotted 7th Street in the 1940’s, 50’s and 60’s. Esther’s Orbit Room, Slim Jenkins Supper Club, and the Kit Kat Club were just a few of the venues that drew touring acts and local upstarts alike, Bowden said.

Ronnie Stewart, executive director of the Bay Area Blues Society, which spearheaded the effort to install the Blues Walk of Fame, rattled off the big-name performers who once rolled through the strip:

Bowden remembered when the West Oakland BART station and Mandela Parkway was all housing, when the army and naval bases provided an abundance of patrons, and the clubs were crowded next to one another:

Bowden added he has lived on Wood Street since he was a boy:

“I’ve seen the transformation come, and there’s no place really left where the blues is live.”

Much of that culture changed when eminent domain cleared room for a United States Post Office facility on 7th Street, the BART station and the Mandela Parkway, which used to be a freeway, Councilwoman Lynette Gibson McElhaney said:

“Seventh Street used to be a thriving business district, a commercial district, a place where African Americans had so much pride. … West Oakland was the gateway for so many people from the South seeking a better opportunity.”

R&B singer Freddie Hughes said his family was part of that movement. His parents relocated to Oakland from Texas and Hughes grew up in the Harbor Homes housing project off of Adeline Street, Hughes said:

“There was one way in and one way out. … The only place I could come out of Harbor Homes was on 7th Street. It’s where everything was going on.”

Performing as young as 13 or 14 years old, Hughes said singing gave him something to feel pride in. It didn’t hurt that his fans would throw dollar bills at his feet either, he said:

“It gave a young person, you know, some incentive. … It made me feel at a very young age that I was special. So, I continued to sing.”

Stewart said the placards – which cost roughly $400,000 for the 88 markers – represent the kind of pride that the entire neighborhood felt in the explosion of music that came out of West Oakland at that time:

“This is an image-builder, it’s a reason to live in a ‘low income’ neighborhood but the main reason for it is to perpetuate the history. … We can’t let this history die.”

Stewart said his next goal is to raise money for a West Coast blues hall of fame institute, which would commemorate the history of blues, jazz and gospel music and serve as a resource for the community.

But first, Stewart said he is planning a grand opening ceremony for the blues walk of fame that would include a performance, CDs and a program guide with the biographies of all 88 artists, club owners, and supporters who are commemorated in the placards. For more information on how to fund that project, visit http://www.gofundme.com/Oakland-Walk-of-Fame.

2015 Earthquakes preview: A season of change 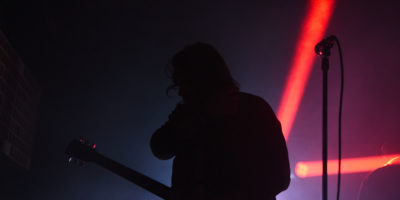 2015 Earthquakes preview: A season of change

A new coach, a new stadium and a host of fresh players should add up to a stronger Earthquakes season.