For the 15th year, the San Francisco Municipal Transportation Agency will provide complimentary free Muni service on all of its bus, rail and cable car service for riders who want stay out a little later to watch the fireworks along The Embarcadero.

The transit agency is reminding riders to not tag their Clipper card starting at 8 p.m. on Dec. 31 to 5 a.m. Jan. 1, 2015. The Clipper card machines will still deduct cash fares if riders tag their card.

Muni Metro service will extend until 4 a.m. while service to Fourth and King streets will continue to 2:15 a.m, the transit agency said. The SFMTA is only rerouting buses if necessary.

There will also be extra Owl service between 1 a.m. to 5 a.m. and extra 1-California service throughout the night.

BART is running a normal weekday evening service that will extend until 3 a.m. Trains will run every 20 minutes after the fireworks show.

To avoid crowding at BART station platforms, the transit agency is using a “skip-stop” train pattern.

Dublin/ Pleasanton and Fremont trains will stop at the Embarcadero station, but not at the Montgomery station coming into San Francisco.

The first East Bay stop will be the Lake Merritt station. Trains will not stop at the West Oakland station, according to BART. 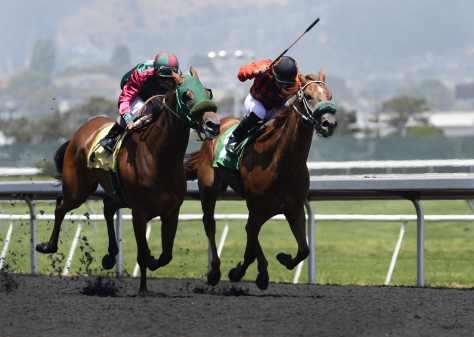