Drakes Bay Oyster Co. at Point Reyes National Seashore made its final bid to the U.S. Supreme Court today for a hearing on its quest to keep operating.

The company is challenging a decision in which former U.S. Interior Department Secretary Ken Salazar allowed its permit to expire in 2012 so that the area could return to wilderness.

Drakes Bay Oyster Co. appealed to the high court in April after a federal trial judge in Oakland and the 9th U.S. Circuit Court of Appeals in San Francisco refused to block Salazar’s decision.

In a final reply brief filed today, the company argued the case has “national significance” and should be taken up by the high court because it concerns the amount of court review allowed for federal agency decisions:

“This case clearly presents the issue, and provides an excellent opportunity to resolve it.”

The Interior Department argued in papers filed last month that the lower court rulings on the case followed “the well-settled principle” that the judiciary can’t substitute its judgment for that of an agency making a discretionary decision.

“The decision in this case did not alter the legal status quo” because Salazar merely allowed a 40-year permit to expire, department lawyers wrote.

The Supreme Court’s announcement on whether it will grant review could come either by the end of this month or in early October after the panel’s summer break, according to oyster farm attorney Peter Prows.

If the court declines to hear the case, the 9th Circuit ruling denying a preliminary injunction that would block the closure will go into effect. The farm has been allowed to keep operating during the appeal.

The private farm grows oysters on 1,000 acres of submerged land in Drakes Estero, an estuary of Drakes Bay, and packages them on 1-1/2 acres of land along the shoreline.

Kevin and Nancy Lunny bought the operation from a predecessor company in 2004 and took over a 40-year permit that expired in 2012. 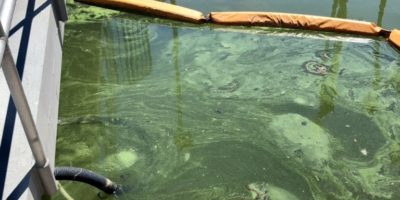 A two-year-old and three-year-old were injured in separate shootings in East Oakland on Monday.