Muni is slowly getting back on its feet Wednesday morning.

Though, a continued Muni driver sick-out goes on for a third day. The San Francisco Municipal Transportation Agency reports that 440 vehicles out of 600 were out on the streets Wednesday morning compared to Tuesday’s count of 300 vehicles.

On Monday, only 200 vehicles were in service.

Despite the increase in the number vehicles put to service on Wednesday, the transit agency said to still expect delays and gaps in service throughout the day.

Director of Transportation Ed Reiskin said Tuesday that an arbitrator will hear the labor dispute on Saturday.

Riders should know that all Muni Metro and bus routes have returned to their regular routes. Express and limited bus service returned to normal. Cable cars will continue to still not run. The F-Market will only operate between Fisherman’s Wharf and The Ferry Building.

BART will continue to honor Muni passes and transfers between Daly City and Embarcadero stations.

Some drivers did continue to call in sick Wednesday morning, according to SFMTA spokesman Paul Rose. About 160 drivers did not show up to work but still an improvement from Tuesday when 300 drivers were no shows.

SF Weekly reported that Monday was even worse, with 720 drivers not showing up at the Muni bus yards.

As SFBay reported, the driver sick-out is going on during a labor contract dispute between the union that represents Muni drivers and the transit agency. Union members rejected a proposed contract from the City 1,198 to 47.

“As we proceed with our efforts to negotiate a fair contract, I urge all of you to remain calm and to resume and continue the excellent service we give the public.”

The SFMTA said drivers who called in sick must now provide a legitimate doctor’s note in order to get paid sick leave. 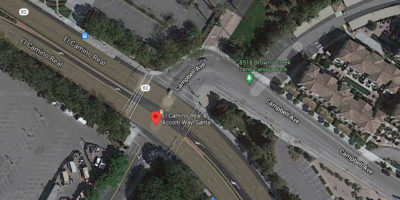