The cameras are rolling and the broadcast is live, but the mood in the Comcast SportsNet studio is anything but stuffy or formal.

Sitting behind their shiny glass anchors’ desks — in a space smaller and, in a way, cozier than it appears on TV — SportsNet Central anchors Ahmed Fareed and Dave Feldman put a light-hearted and comedic spin on a half-hour segment jammed with local sports and highlights.

Fareed furrows his brows and holds back laughter as his co-host goes off-script about Johnny Manziel. Something to the affect of:

“Back when Johnny Football was being dissected and disinfected…”

While seemingly silly, the ad-lib turns what could have been a dull, overblown segment about the future NFL quarterback into a highlight of the show.

It’s an element that, Fareed later explains, is one of SportsNet Central’s best assets:

So, apparently, this type of fun is a regular on-set occurrence.

Fast forward a half hour or so, after the two have wrapped up their 6 o’clock segment of the half-hour news broadcast. Everyone is laughing in a conference room above the studio space as the duo recalls some of their favorite on-camera moments.

Feldman busts up laughing as he recalls a behind-the-scenes moment that followed filming an ad where Fareed was scrunched in the back seat of Feldman’s car between former NFLers Dana Stubblefield and Dennis Green:

“I took my Audi in to get serviced, and there was makeup on the ceiling. And I couldn’t figure out what this makeup was from. It was from Dana’s and Dennis’s heads! They’d been (on CSN) and they’d put makeup on their bald heads. And they were so scrunched in the back seat that makeup got on my car.”

It’s easy to forget these are two pedigreed sports anchors when Fareed and Feldman seem more like friends you would call up to meet you for a beer after a long day of work.

That chemistry is just one way that they’re boosting SportsNet Central to new news heights, particularly at a time when sports gets less and less time on local broadcast TV news.

Think about it: The greater Bay Area holds its sports teams on high pedestals. It’s not just the die-hard, “I-followed-this-team-when-they-sucked” fans either. Being a sports fan in this area is pop, and following a team is a right of passage.

Yet, sports highlights on local TV stations seem fewer and far between when you sit down to watch the evening news before having dinner with the family.

The lack of lengthy local sports coverage is made worse by the fact that national networks don’t give Bay Area sports franchises much love. It took a raunchy and sensationalized quote from Joe Thornton on how he would celebrate a four-goal game to get the San Jose Sharks so much as a mention on SportsCenter.

Palo Alto native Feldman, who returned to the Bay Area in 2012 after working local TV in Washington DC, knows all too well that sports coverage on the local level seems to be dwindling. But, SNC has the resources to help change that:

“You feel like you can cover everything pretty well with some depth… When we were doing local — I was in DC and we didn’t send anyone to the (NFL) owners meetings, and the Redskins were a big deal. I feel like now we can cover any big story here in a big-time way… I feel like we have a much bigger bat that we’re taking a swing with.”

Throw in a broadcasting duo with great chemistry — who noticeably love what they do — and you have two nightly news segments that inform and entertain. Who wouldn’t want to come back and watch these two on the tube each night?

The natural “best bud” vibe that you see on screen each night makes SNC even more fun to watch.

To make the gig even sweeter, Fareed includes, the show has maintained a boost in viewers over the past year since he arrived from MLB Network in early 2013:

While SportsNet Central’s 6 p.m. and 10:30 p.m. slots speak for themselves, actual advertising doesn’t hurt either.

In November, 2013 Comcast launched the “Carpool Confessions” commercial campaign, which features Feldman and Fareed on their escapades commuting to-and-from work together.

Upon learning that the duo carpooled in real life, on-air promotions manager Brent Ayres and company asked to install a GoPro in Feldman’s car to tape their carpool shenanigans.

Not surprisingly, the nature of the ads is as organic as the co-host’s on-air banter, Feldman insists:

“What you see on tape, honestly, is what we would do anyway. We’d rip on each other. I would complain that he didn’t pay for gas. He’d say ‘hey, you’re driving right by my house.’ He’d call me an old man because of what I listened to on the radio…”

The campaign has since taken on a life of its own. Bay Area sports figures like Sharks broadcaster Bret Hedican and Giants pitcher Sergio Romo, to name a few, have gotten in on the 30-second spots.

Feldman smiles when he recalls how with Golden State Warriors’ forward Harrison Barnes came together:

“I think one of the funniest ads we’ve come up with, Ahmed just came up with on the fly. We had Harrison Barnes in the back seat, and Ahmed goes ‘You know, it would be funny if I don’t have enough room and he scrunches my face.’ So we literally came up with it in a minute. We told Harrison in one minute and he said ‘that sounds fun.’ I just ad-libbed shoving (Ahmed’s) head against the camera.”

It appears that the ad-libbing an fun times really are just as common place in these ads as it is in a filming of SportsNet Central. As Fareed explains, it’s what draws the audience in and has made the news segment such a hit:

“Even the most die-hard sports fans like to laugh, and like to talk about other things. You know, besides just x’s and o’s.”

In addition to A’s and Giants coverage, Warriors’ and Sharks’ post-season broadcasts brought record traffic to CSN, and in turn directed more viewers to SportsNet Central.

Bigger audiences during Warriors and Sharks games? That means more viewers sticking around to catch the Feldy and Fareed on SportsNet Central.

“At ESPN I didn’t feel a connection with the audience. I was in Bristol, Connecticut, and people watched (the station) all over. Here, you can have a connection with the audience as a local sportscaster. I tell Ahmed, every Niners game I’m at, people say ‘Oh, where are you and Ahmed driving to next?’ And if they’re watching those commercials, they’re watching our station.” 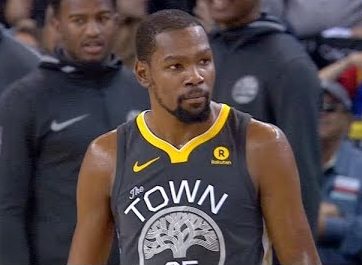