The San Francisco Board of Supervisors is pushing back against a requirement for surveillance in business permits that allow the sale of alcohol.

Thursday, during a board committee meeting, two liquor licenses were approved — excluding a provision requiring the mandatory installation of  surveillance cameras.

Supervisor Scott Wiener had publicly criticized the requirement in these cases, arguing that selling alcohol at a small market is not the same as a wild nightclub or bar. He added that requiring a small business owner to install a surveillance system is highly demanding.

Since 2010, San Francisco police have demanded businesses setup surveillance cameras in order to receive a permit to sell alcohol. The cameras are supposed to assist the police in solving crimes and reduce the liability for merchants.

According to the The Examiner, SF police officer Gordon Shyy argued that small markets and other businesses are not exempt from crime.

The two permits to now be considered by the full board are Nosa Ria, at 500 Laguna St. in Hayes Valley, and a ballroom at 820 26th St. in Dogpatch.

The San Francisco Police Department does not have an official policy when requiring businesses to use surveillance but instead rely on factors like the area’s population density and crime statistics.

Permits are approved an individual case basis, but after a series of violence nightclub incidents in 2010, police sought a city-wide requirement of surveillance cameras in all bars and entertainment venues. The requirement also included scanning guest’s photo IDs, but the proposal was struck down.

The surveillance issue resurfaced after the DNA Lounge posted a blog entry complaining about a police officer demanding surveillance footage after the lounge was not required to maintain surveillance.

‘Spare the Air’ is actually working 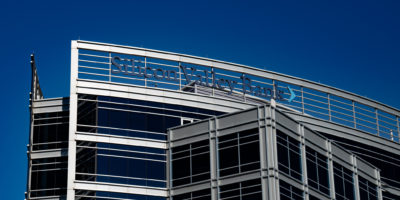 ‘Spare the Air’ is actually working

The group responsible for enforcing "Spare the Air" days says they have decreased peak levels of gunk in Bay Area...