Search Search
Night Mode Night Mode
Day Mode Day Mode
George Sky of San Francisco can't use this reverse vending machine in front of the Safeway at 7th Avenue and Cabrillo until it is emptied by an employee. (Thomas K. Pendergast/ SFBay)
Like 0 Facebook 0 Twitter 0 Email 0

Your local corner store in San Francisco may have to become a recycling center soon, depending upon developing City policies and upcoming decisions by a California state agency.

When a recycling service is removed, though, it triggers a review by the state, which may remove the exemption and require stores within the zone to redeem deposits for CRV containers.

The California Beverage Container Recycling and Litter Reduction Act — a 1986 law which set the rules for CRV redemption — requires stores with annual sales of $2 million or more that sell beverages in CRV containers to either buy back recycled bottles and cans or pay a $100 fine for each day they fail to do so.

The law also establishes a “convenience zone” of a half-mile radius around such stores. If a supermarket chooses to pay the fine rather than offer recycling services, then all the other stores selling beverages within this zone must offer recycling or pay the fine, which totals around $36,500 annually.

If a new supermarket is established, it automatically creates a convenience zone around it.

While San Francisco’s curbside recycling with blue bins is a factor in the state’s decision, it might not change the final outcome.

Mark Oldfield of the California Department of Resources Recycling and Recovery, which enforces the rules, says they review exemptions annually but only for zones that have changed substantially since the previous review.

The department’s current review ends this month and decisions should be announced sometime in the next few weeks. Oldfield told SFBay:

“Anything where the situation has changed, such as HANC closing or a new store opening up, will trigger an exemption review. … The idea is that we want to make sure it is still convenient for the consumer to redeem their recyclables.”

Kevin Drew of the San Francisco Department of the Environment says the redemption value is calculated into City garbage rates — lowering them a bit — so people using the blue bins to recycle already get some of their deposit money back.

There are currently 55 convenience zones in The City, according to the San Francisco Office of Small Business. Of these, 24 are served by certified recycling buyback centers, four are not served at this time and 27 are exempted.

Last year, the dollar value of CRV containers redeemed in San Francisco was approximately $17.5 million, with $11.7 million of that amount from redemption centers.

“The problem at the moment is that there are fewer recycling centers than there used to be; It’s less convenient for consumers to get their money back. … When a recycling center is no longer serving a supermarket, if for instance at the California and Hyde store, the new plan for Trader Joe’s does not include putting that recycling center that was in the basement of the Cala (formerly at that location) back into play and because of that the area that’s around that supermarket will no longer be what’s called ‘served’ by the state.”

Drew says removing the recycling center at the new Trader Joe’s could affect anywhere from 30 to 50 corner stores, liquor stores, even pharmacies within a half-mile of the new store:

Regina Dick-Endrizzi, executive director of the San Francisco Office of Small Business, says her department is now drafting a policy statement. It will ask the City to require that all new or substantially remodeled supermarkets offer recycling services, either in the store or in the store’s parking lot.

The draft version of The City’s developing policy statement, though, notes it is often easier and cheaper for chain supermarkets to simply pay the fine than offer recycling services.

If large markets within a half-mile of the former HANC recycling center opt to pay the fine, however, then the burden to redeem will fall on about 30 smaller stores in that area, most of which don’t have parking lots. The draft policy states:

” … beverage dealers who are required to buy back CRV containers must arrange for the transport to a certified recycling center, which incurs additional costs, which are not reimbursed. This policy is a money-losing venture for small businesses despite being created by no fault of the small business beverage retailer.’

At some stores, reverse vending redemption machines are being used, like at the Safeway on the corner of 7th Avenue and Cabrillo Streets. But one issue there, Drew says, is scale:

“We have three reverse vending machines, that’s where you put your bottle in and get your nickel back instead of the other way around,” says Drew. “They’re kind of limited. If somebody comes up with a shopping cart (full of CRV containers) it kind of shuts it down but for the family or for folks, that’s kind of the small-scale solution.”

At a recent meeting of the SF Small Business Commission, Drew was asked if anyone uses recycling centers now that blue bins are available to City residents:

“My experience from going to recycling centers and seeing what happens there is while there is certainly a robust group of independent scavengers, poachers, there is a constant flow of small business people, people coming from a restaurant who get that money back, people bringing their kids, collected up for school or for their own purposes. You’d be surprised.” 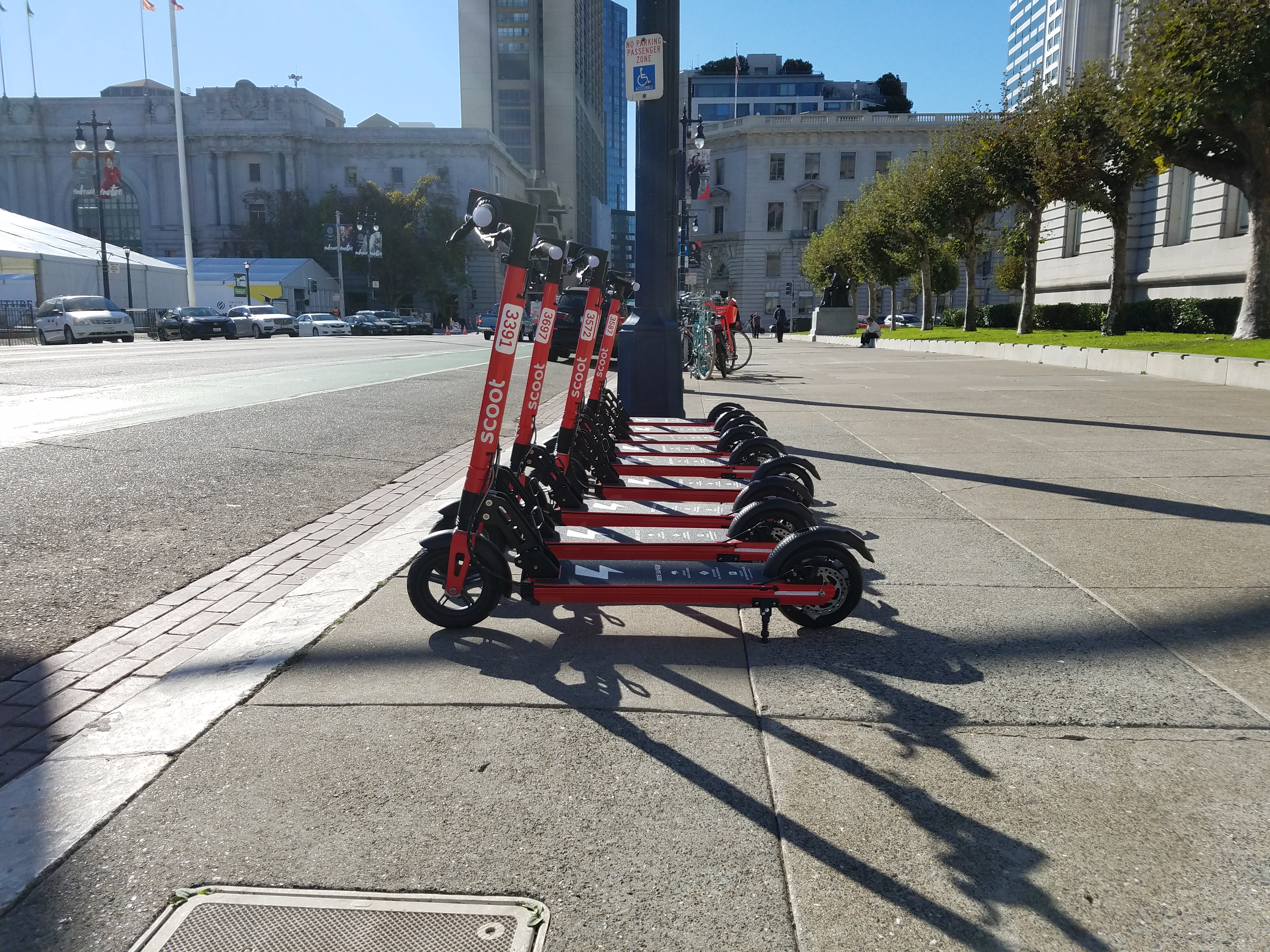