A four-game, five-night road trip ended in disaster for the Golden State Warriors Saturday night in Dallas as the Dubs were trampled by the Mavericks in a 116-91 loss.

But the Warriors didn’t just lose four games, they were destroyed. They let the Rockets tie an NBA record for three-pointers, were beat on every play in a laugher against Oklahoma City, spent the last two quarters climbing uphill against Memphis, and were completely outplayed in Dallas.

Head Coach Mark Jackson, sounded like a broken record after the game, saying the same thing he’s been saying since the first loss of this road trip, that there’s no need to worry:

“We’re fine, there’s no panic. We lost another game. We did not play well, we made mistakes, we did not put together 48 minutes of basketball. But there’s no panic, we’ll regroup and get ready for the next one.”

Just a few minutes into the game Saturday, the Warriors looked defeated. By the half it was clear they wouldn’t be winning the game.

The second half wasn’t any better than the first. At one point, the Warriors cut the Dallas lead to 13, but soon let it rise again and never got a firm handle on the game only shooting 38.2 percent for the night.

Dallas did the same thing other teams did on this road trip, they outplayed the Warriors defense and set the tone in the first half. Jackson acknowledged the problems but still stands firm that the necessary changes will be made:

“We haven’t defended at the level that we’re use to defending, and we’ve been hurt every night in transition. …we’re going to make the proper adjustments.”

Tuesday the Warriors, now 6th in the Western Conference take on the 8th seeded Houston Rockets at home in Oakland, in what many are expecting to be an energized rematch.  Warriors Center, Andrew Bogut even tweeted after the embarrassing loss Feb. 5, letting the Rockets know he would be ready:

C U Next Tuesday fellas! 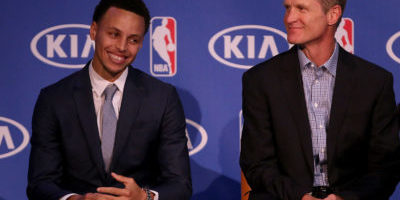 Thousands of Giants fans swarmed AT&T Park Saturday for a glimpse of their favorite players.