Trader Joe’s has pulled their Creamy Salted Valencia Peanut Butter from shelves after being warned by health officials of a possible link to a salmonella outbreak.

The state of California, the Centers for Disease Control and the Federal Drug Administration warned Trader Joe’s of a possible link between their peanut butter and a salmonella outbreak spanning 18 states, sickening 29 people and hospitalizing four.

The CDC reports 14 people who were sickened in the outbreak and interviewed by state health investigators reported shopping at Trader Joe’s. 12 of the 14 reported eating Trader Joe’s Valencia Creamy Salted Peanut Butter made with Sea Salt.

If you have this peanut butter — Trader Joe’s SKU #97111 — around your house, don’t eat it, and don’t throw it away. Take it back to Trader Joe’s and demand the refund they’ve promised customers on their website:

“… if you purchased this product, please do not eat it. We encourage you to return the product to any Trader Joe’s for a full refund or dispose of it.”

If you choose to throw it away, the CDC recommends placing the peanut butter in a closed plastic bag and a sealed trash can, to prevent people or animals from eating it from the garbage.

In a press release posted by the FDA, Trader Joe’s said the suspected peanut butter was distributed nationwide in 16-ounce plastic containers with an expiration date code stamped below the lid. The recall includes all expiration dates.

Production of the peanut butter has been halted while the FDA completes an official investigation. The CDC did not report where the salmonella cases occurred, though state health departments in Massachusetts, Rhode Island and North Carolina reported cases, according to the AP.

A CDC chart shows suspected cases of the outbreak occurred between June 8 and August 29. Additional people may have sickened since then, but the disease can take two to three weeks to reveal itself via symptoms.

Salmonella can cause diarrhea, cramps, fever and general misery in healthy adults. Kids, the elderly and others with suppressed immune systems can suffer more severe illness and even death. 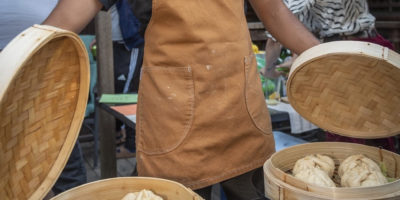 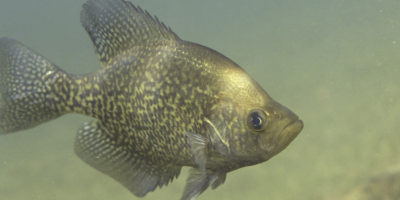