During an otherwise ordinary morning commute last month, a handful of Caltrain passengers at the South San Francisco station got the scare of their lives.

While legally crossing the southbound tracks after getting off their northbound train, passengers had to scramble to get out of the way of a baby bullet train that flashed through the station. The train operator applied its emergency brake to slow down from its 76 mph top speed, but didn’t stop until after the station.

Despite reporting the incident to federal officials, and placing both train operators on leave, Caltrain didn’t feel this was important to tell the public.

The Merc’s Mike Rosenberg reports Caltrain’s first close call in its modern history occurred about 8:25 a.m. on Aug. 24. The southbound baby bullet train — not scheduled to stop at the lightly-used South San Francisco station — approached at full speed while passengers remained on the tracks.

Caltrain spokeswoman Jayme Ackemann told the Merc passengers needed to act and think fast to avoid being crushed by the 500-ton oncoming train:

What isn’t entirely clear is the procedures Caltrain has in place to prevent these types of incidents, or whether they were properly followed in this case.

South San Francisco is one of four Caltrain stations that have no safety crossings or protected means of crossing the tracks. Since this incident, Caltrain now requires engineers and dispatchers to communicate before entering these stations.

A drug screen of the train operators showed the engineer operating the train stopped at the station tested positive for marijuana. Both operators remain on standard paid leave and could face additional discipline. 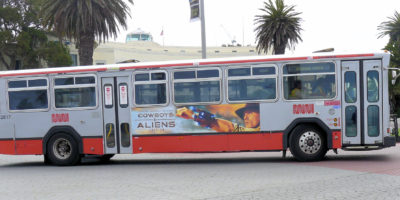 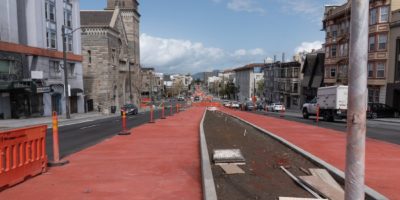