The fire at a Chevron refinery in Richmond last night didn’t just cause physical destruction and breathing problems.

The aftermath of the incident is going to do damage to the wallets of California drivers now that the refinery’s operation is hindered.

Spot prices — the price of gas before it is brought to stations — have spiked throughout California since this morning.

In the Bay Area, spot prices surged 34 cents, with the prices in the greater Los Angeles area climbing 31 cents, according to Tim Kloza, chief oil analyst at the Oil Price Information Service.

Kloza told the CoCo Times that residents should be prepared for prices into the $4 range soon:

“With the spike in spot gasoline prices today, you are looking at average pump prices in the Bay Area ranging from $4 to $4.10 a gallon within a week or so.”

California gas prices are subject to fluctuation, partly due to special blend of gasoline produced here. Environmental regulations require a very specific mixture of gasoline be sold in the state.

This leaves little room for substitution, according to Scott Anderson chief economist with San Francisco-based Bank of the West:

“”It is a lot harder to substitute gasoline in California from other markets. That is why you get this sort of a quick response to changes of supply here. The supply of gasoline is inelastic.”

One unit — number four crude — at the Chevron refinery has been shut down due to the fire. That unit is responsible for distillation of crude oil.

The price spike comes at a time when California is digging itself out of the Great Recession. A troublesome, statewide increase in gas prices can quickly eat away at any disposable income people may have carved out for themselves.

Chevron, which is based in San Ramon, said that there is no need for concern with regard to an oil shortage, according to spokesman Lloyd Avram:

“There is adequate supply of gasoline product in the California market to serve consumers’ needs.” 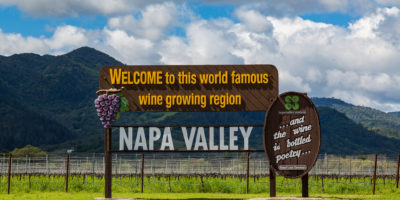 A man who had been banned from all bars was arrested at a Fremont Hooters after becoming intoxicated and potentially...