Does your life suck? Zynga has an app for that.

More than one, really.

You can live in a castle, grow your own, and now, even get laid!

Well, at least that weird little Zynga cartoon avatar version of you can.

Thanks to their latest highly addictive and light-hearted app The Ville, we can finally build our dream homes, invite friends over to hang out, and even let one thing lead to another.

Yes, in the Ville you can — bowm-chicka-bowm-wooow — have some virtual sexy time.

Zynga executive producer David Gray told Cnet that when someone enters your house you can level up by interacting with them in ways that the game sees as romantic. Eventually, you can unlock the ability to hit a “happiness home run,” where you and your guest begin to undress, and the virtual bed in the virtual bedroom gets covered with little floating hearts.

And that’s pretty much it. No virtual children are born, and no virtual vows are read. It’s just pure — albeit anticlimactic — no-strings-attached imaginary nerd sex on the small screen.

In The Ville, when talking with another on-screen character, users will have the option to click over to see their real-world Facebook profile. The game is not age-restricted, but Gray says that since the game requires a Facebook login, Zynga can rely on Facebook’s own age restrictions.

Mark Scaggs, Zynga’s SVP of product development says that the game isn’t all about sex:

“It’s a house-and-people game… the romantic relationship channel is just a small part of it.”

Skaggs is adamant that The Ville is just another family-friendly Zynga game:

“The inspiration really does come from the dollhouse genre and from YoVille. We’re trying to come at it from a wholesome point of view.”

If all this sounds really familiar you’re probably thinking about The Sims – yeah, The Ville is pretty much The Same.

Caltrain workers on board to stop suicides 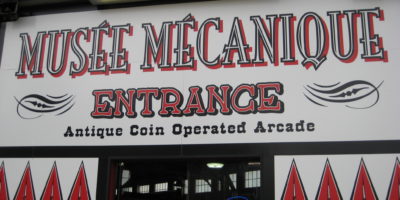 America's obsession with smartphones has helped attract game development to San Francisco and the Bay Area.