If the Warriors played the Minnesota Timberwolves every game, Andrew Wiggins very well could be the frontrunner for MVP. That’s not allowed currently in the NBA rules, but for one night the world caught a glimpse of what could be.

Wiggins big night started early, with 11 in the first eight minutes. He would go on to a perfect first half, shooting 9-of-9 from the field, hittiing two 3’s, driving super aggressive to the rim, and topping things off with an absolute poster on Karl Anthony-Towns.

It’s fitting then that his night ended the same way, down to another poster over Towns.

Stephen Curry joked after the game that he’s going to try a new motivation technique with Wiggins:

I’m going to text Wiggs that picture of him dunking on KAT every game, like right before the game to see if that helps to get the juices flowing. So he got 72 text messages from me coming his way.”

Asked after the game which dunk he liked better Wiggins couldn’t decide:

Man I don’t know, I like them both. They were both on KAT, so, that’s my guy… I remember he got me last year so I just got him back.”

Wednesday was a battle of the old wing versus the new for Minnesota, as last year’s No. 1 pick Anthony Edwards – essentially in the same spot Wiggins was when he was drafted – had himself a career night too. Edwards poured in 48 of his own, keeping pace with Wiggins and singlehandedly dragging the Timberwolves into making the contest close.

A lot will be made about this being a revenge game against the Timberwolves, and maybe it was, but you’ll never get Wiggins to admit it. He refused to call it that after the game:

Ah not no revenge game. Just a well played game, against a former team. That’s all that was. A competitive game, a fun game.”

There was something extra about him all game though, and it was very noticeable.

Gone were his empty jab steps that always precede a forced midrange stepback. In their place were quick grab and go’s to the rim. It was almost like watching Edwards torch the Warriors with his athleticism made him realize that he could do that too.

Steve Kerr focused on Wiggins assertiveness after the game:

Andrew was just fantastic, the aggression from the beginning of the game. Loved his energy. Obviously, he was pretty excited to play against his old team and we needed everything he brought us tonight. The scoring, the running the floor, getting to the foul line, knocking down 3’s. I thought he was tremendous.”

He wasn’t the only one exhibiting violent tendencies on the rim though. Before Wiggins had his signature dunks, it was Gary Payton II who was the clubhouse leader in dunk of the night. No shocker that it came off a Stephen Curry lob pass as Payton has become the favorite lob target of the Warriors stars.

Payton followed it up with another lob from Andre Iguodala seconds later that he put down with a reverse dunk and then a third audacious attempt from Iguodala, which Payton tried to turn into a one handed oop, but couldn’t convert.

For all the highlights though, it turned into a scrap when the Warriors lost Draymond Green, who left the game midway through the third quarter to a right thigh contusion.

Green immediately went to the locker room and didn’t emerge for the rest of the game. Predictably the defense without their leader quickly fell off a cliff and the T-Wolves clawed their way back into the contest.

Kerr said that for now they’ll classify Green as day-to-day:

He got a quad contusion; it was pretty nasty. So, he’s got some ice on it now, and for now we’ll just call it questionable for Friday… I haven’t talked to our training staff. When he came off the floor, he said it was a bad muscle bruise like he just got kneed in the thigh but it was close to the knee. But I have no reason to believe it had anything to do with a joint.”

The 3’s started falling, the Warriors went cold and it looked like they were going to waste the best effort this season from Wiggins.

They got just enough from their veteran group to pull it out though.

Curry had a quiet for him 25, but was the perfect complimentary piece to Wiggins tonight. Jordan Poole scraped together 14 even though he had a very rough shooting night, going just 5-of-17 from the field and just 2-of-11 from 3.

And seldom-praised Kevon Looney pulled in a career-high 17 rebounds and was actually fourth on the team in field goals attempted with 11. Looney finished with 11 points for just his second career double-double.

Looney also held Towns to 17 points and 12 rebounds on 6-of-19 shooting. The Warriors got a lift from Otto Porter Jr. who helped the steady the Warriors ship to start the fourth quarter without Green and finished with 10 points and four rebounds in just 14 minutes.

Kerr specifically made a point to call out Looney after the game:

That’s one of the toughest matchups in the league with Towns. Towns is a great great player. And for Loon to go out there and battle him and get 17 rebounds and play 29 minutes, that’s a pretty heavy load for Loon.”

The Green injury is the elephant in the room after a gutsy win. It’s listed as a thigh contusion, but the play in question didn’t look like he took any contact to the area.

It’ll have to be seen how he reacts to the injury in the coming days, but if he is forced to miss any amount of time, the Warriors don’t have another defensive presence like him.

But for now, injury news aside, they’re sitting pretty at 10-1, with a certain shooting guard’s return on the horizon.

This epic stretch of home games concludes Friday when the resurgent Chicago Bulls (8-3) come to Chase Center. The Bulls are currently tied with the Washington Wizards for first place in the Eastern Conference.

Andrew Wiggins (9-for-9 FG in the first half) is the first Warrior to go 9-for-9 or better in a single half since Monta Ellis went 10-for 10 in the first half on Jan. 11, 2008 vs. Memphis, per Elias Sports. … The Warriors finished with 23 assists, which ended their streak at five of games with 30 or more assists, their longest streak since 2019. 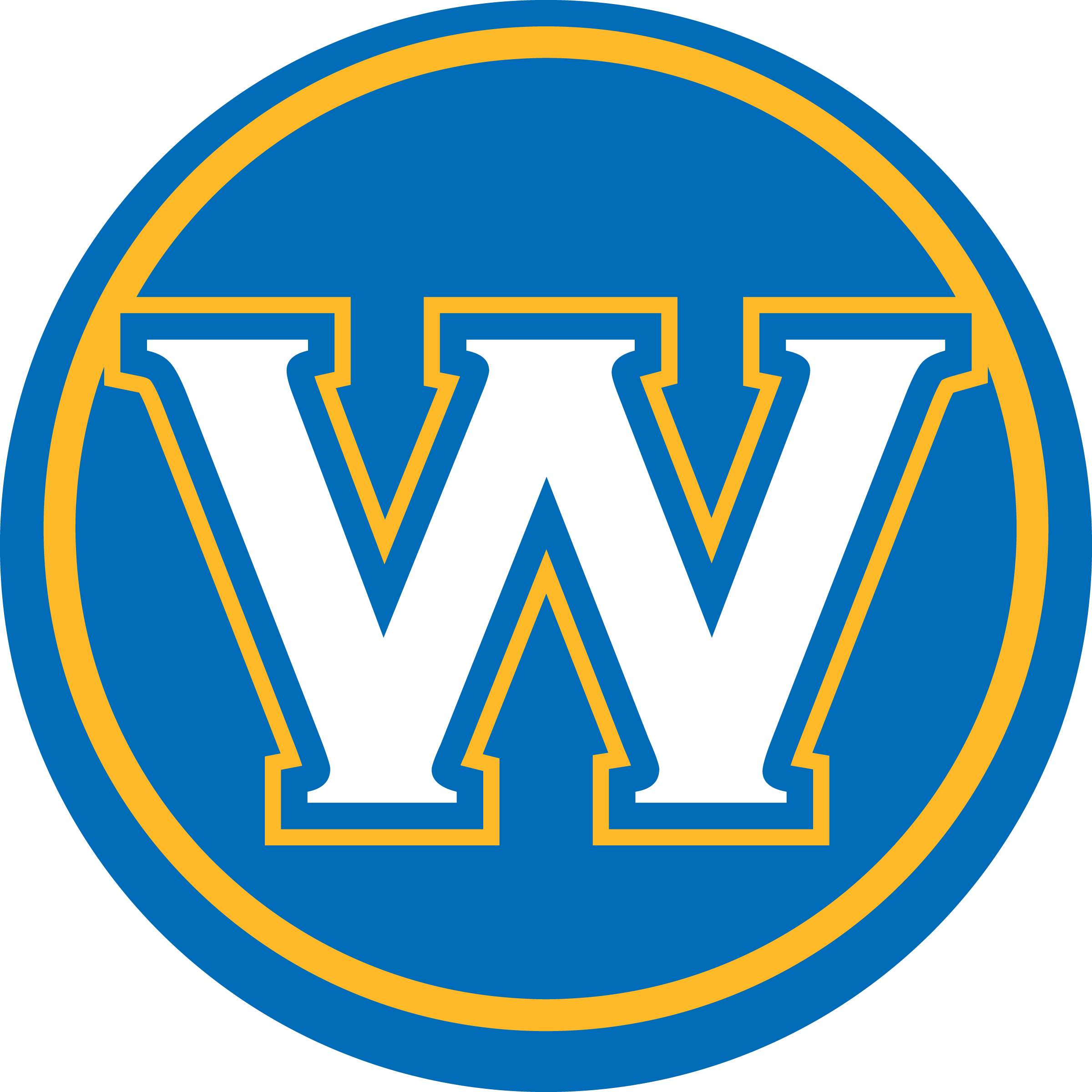 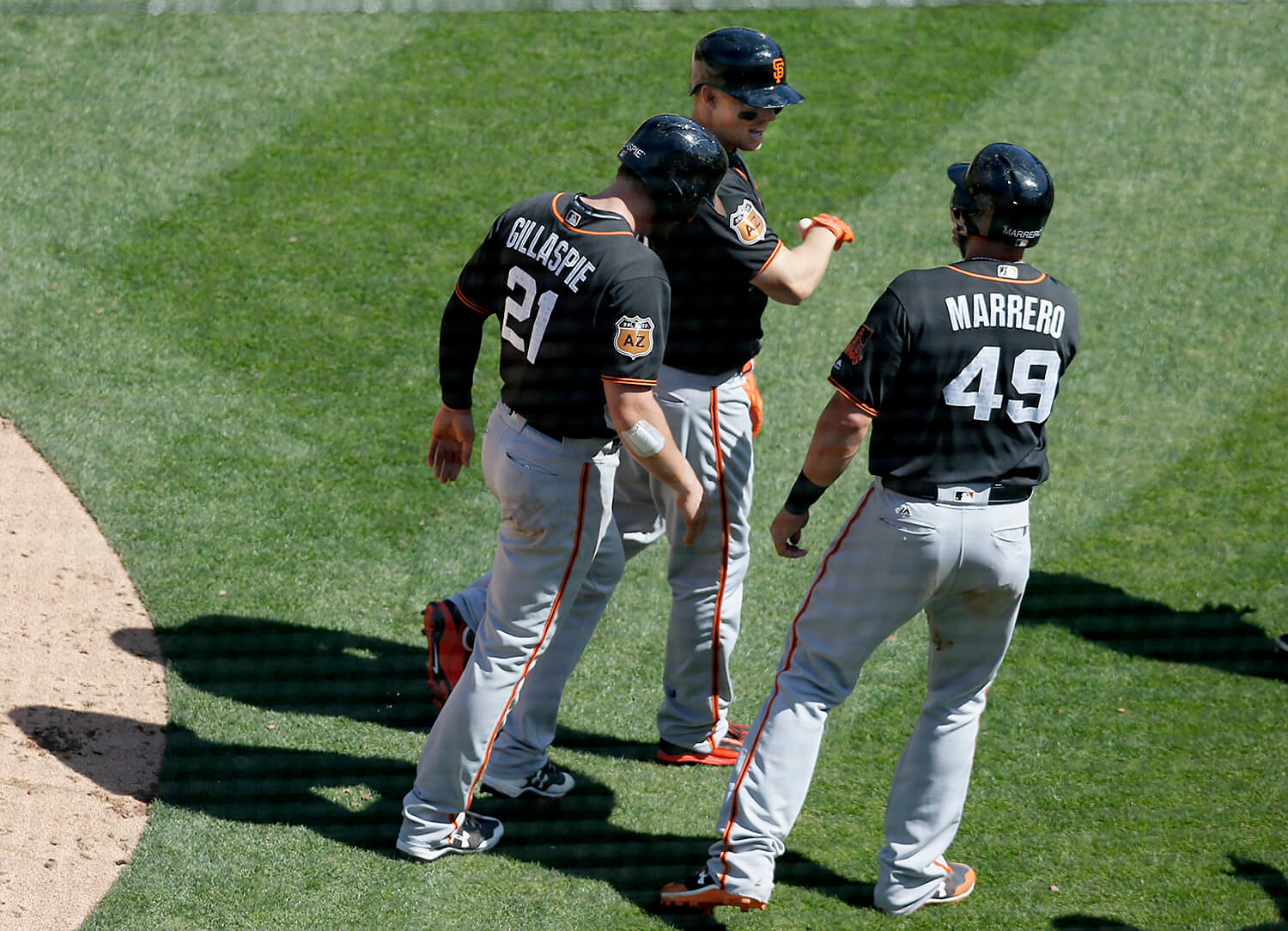 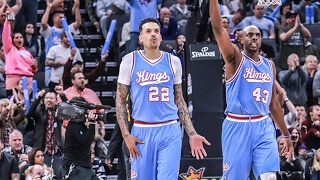