The response to a boat grounding March 5 near Dillon Beach has shifted from an emergency action focused on preventing an oil spill to a long-term monitoring project that will be overseen by local, state and federal officials.

A coalition of agencies will be in charge, including the National Oceanic and Atmospheric Administration’s Greater Farallones National Marine Sanctuary, the California Department of Fish and Wildlife’s Office of Spill Prevention and Response, and the Marin County Sheriff’s Office of Emergency Services. These were the same trio of groups involved with the initial response, along with the U.S. Coast Guard.

The coalition will focus on addressing the long-term pollution threat and additional environmental concerns from the grounded boat, as well as determining its ultimate fate, according to a statement issued late Monday by the group.

Efforts to determine how much fuel, if any, spilled from the boat were halted Saturday after the boat shifted its position on the rocky coastline, endangering the safety of inspectors.

Based on the preliminary assessment conducted, agency officials said the pollution threat appears to be minimal and that no sheen on the water has been reported by aircraft and drone overflights around the ship since Wednesday.

The dismantling of a 4,000-foot boom installed to protect wildlife habitat from potential pollution has begun and should be completed by the end of the week.

The grounded boat, the American Challenger, had been under tow from Puget Sound, Washington, when a rope got tangled in the tugboat’s propeller March 5, setting the boat adrift.

Coast Guard Cutter Hawksbill responded to the scene, but the crew was unable to board the drifting boat to attach a tow line due to weather conditions, the proximity to shore and the unknown structural integrity of the unmanned vessel.

The boat eventually came aground at 1 a.m. March 6, on the rocky coastline north of Dillon Beach.

The coalition of agencies leading the effort will provide updates to the project at https://calspillwatch.wordpress.com/tag/american-challenger-incident/. 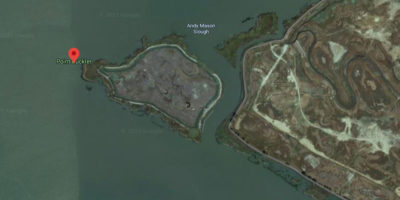