As a discussion by city officials around whether to keep a 150-foot tall Ferris wheel at San Francisco’s Golden Gate Park continues to go in circles, two city supervisors on Tuesday called for an investigation into the San Francisco Parks Alliance — the nonprofit group that oversees the Ferris wheel’s contract.

The SkyStar Observation Wheel was installed last year as part of the park’s 150th anniversary just as the Covid-19 pandemic began. Although the wheel was eventually able to open in the fall at limited capacity, a surge in cases halted operations after just five weeks.

Now after nearly a year, the wheel is scheduled to be removed at the end of March, but a proposal seeking to extend the wheel’s stay for four more years in order to help SkyStar “offset financial hardship” has yet to be decided by the city’s Historic Preservation Commission.

Efforts to keep the wheel up received yet another setback during Tuesday’s Board of Supervisors meeting, when both supervisors Aaron Peskin and Connie Chan called on the city controller and Budget Analyst’s Office to conduct an investigation into the San Francisco Parks Alliance’s contract with the city’s Recreation and Parks Department, which allows profits generated by vendors like SkyStar to be directed to the San Francisco Parks Alliance.

Last year, a report by the City Controller’s Office into ongoing corruption within city departments revealed that departments like Public Works engaged in relationships with nonprofit organizations to encourage large donations by contractors seeking lucrative city contracts. The report further alleged the San Francisco Parks Alliance accepted some $1 million in donations from contractors under investigation by the City Attorney’s Office and the money was then funneled back to DPW to pay for lavish parties.

“Instead of going directly to our city’s general fund, the revenue generated from SkyStar is going to a non-profit that is still under FBI and public corruption investigations.”

“It raises the question of whether this is a good government practice and whether such practices contribute to the ‘pay-to-play’ culture among city agencies. That is why I am calling for an investigation focusing on this agreement and SF Parks Alliance practices.”

“These so-called ‘friends’ groups don’t have an entirely friendly history. They have long operated in a largely unregulated behind-the-scenes capacity as power brokers controlling the purse strings to the pet projects of their donors. … Certainly, some of these groups are operating above board. But recent revelations have demonstrated that the opaque nature of several organizations, including the SF Parks Alliance, has aided and abetted corruption within San Francisco government.” 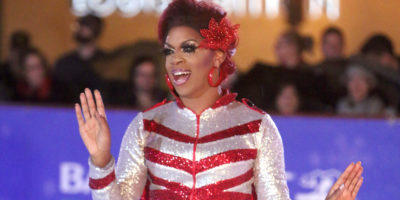 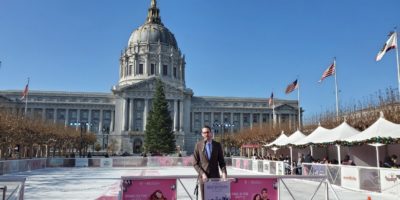