San Jose police are now required to fast-track the public release of body-worn camera footage of high-profile police incidents upon request by city leadership — a new policy that was approved during Tuesday’s City Council meeting.

“I think it is important for us to get a policy in place so we could rapidly respond when there is a public inquiry for the video footage and hopefully be another step in our effort to continue to build trust in our community.”

Under the new policy, the City Council could direct the city manager — who the police chief directly reports to — to quickly disclose body camera footage of publicized confrontations between police and civilians.

And now, instead of police having the final say on what gets released, the City Attorney’s Office, under the city manager, would ultimately decide.

“Generally, the release of videos is subject to the Public Records Act. There are a lot of considerations … but under this policy, it seems (that the city attorney’s office would decide).”

The new policy comes after Liccardo requested that San Jose police publicly disclose footage from the civil unrest in late May and early June of this year, and police didn’t respond, citing an internal affairs investigation that could delay body camera footage release for up to a year.

Instead, police posted a compilation of media footage without any footage from the department.

Liccardo, the council and City Manager Dave Sykes insisted again that release body camera footage and after a few weeks from the initial request, and Police Chief Eddie Garcia complied by posting some footage, but insisted that council create a “consistent process” to release certain footage.

Now with the new policy, police are required to publish at least 10 minutes of footage prior to the incident in question.

But if gathering and publishing all the footage “would unduly consume the time and labor of staff,” police could instead release three videos that “clearly and fully capture the event” to fulfill their obligation.

“I don’t pretend that it is going to be the perfect (policy). I know that it may require some tweaking going forward, but it is still important.”

Though the rule gives the City Council and mayor more authority to release body camera footage — which it previously did not have — there are already California rules in place that require police to publicly disclose footage.

Last year, Assembly Bill 748 went into effect, which requires police to publicly release body-worn camera footage and audio within 45 days of a “critical incident” except if there is an ongoing investigation.

Those laws, however, are left up to police discretion, so the new San Jose policy would shift that decision from police to city leadership and thus allow more footage to be released.

San Jose resident Tessa Woodmansee said it is “concerning” that footage would only be released for “incidents of extraordinary public interest,” and wished she could’ve had access to police footage when her son said he was subject to police aggression during a 2016 San Jose protest against President Donald Trump.

“It is really critical as we move forward that we have everything on tape. When I filed my complaint with the officers … it came back with no problem … but there should have been police footage that I could’ve seen and verified that there was aggression.”

Another local resident, Blair Beekman, was more hopeful regarding the new policy.

Beekman said in a letter to the public:

“It seems (like) this allows a way for cities to have some control with state law and its accessibility issues with the public.” 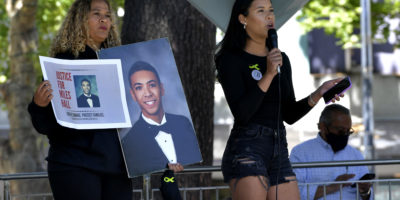 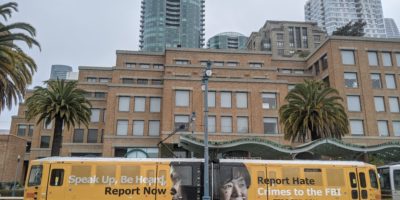 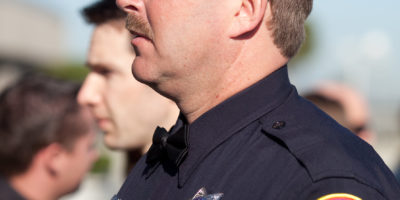 Santa Rosa to pay $1.9 million for injuries caused by police in summer protests