As California State University campuses shifted to mostly virtual classes this spring and closed their campuses, many college officials across the state worried that the effects of the coronavirus pandemic would devastate enrollments this fall.

But just two months into the fall semester, more than half of the 23 campuses in the nation’s largest public university system have seen enrollment gains, bucking a national trend.

The picture isn’t rosy for every university, but among the 12 that saw gains, some have dealt with the coronavirus’s effects and are reporting high enrollments including Cal Poly Pomona, Cal Poly San Luis Obispo, Cal State Fullerton, CSU Dominguez Hill and Cal State Long Beach.

Fresno State, which saw a historic enrollment gain at 5 percent, and the other CSU campuses that saw enrollment gains stand in stark contrast to what is happening nationally to other public universities and community colleges.

Nationally, undergraduate enrollment is down 4 percent compared to last year, as of Sept. 24, according to the National Student Clearinghouse Research Center.

Most of that decrease is at the community college level, which is down 9.4 percent compared to last year. Although the full fall enrollment picture at the state’s community colleges won’t be available until November, information collected by EdSource from some colleges indicates a wide range of enrollment declines, from 3.8 percent to 20 percent.

In California, the CSU campuses hardest hit with enrollment losses are mostly located in Northern California and in the Bay Area region, including San Francisco State and Humboldt State. Many campuses remained flat and saw no real change from last year, such as Cal State LA and Cal State East Bay. Some campuses that had been losing enrollment for the past few years, like Humboldt State and Sonoma State, continued to see declines this fall.

Chancellor Timothy P. White, who is retiring at the end of this year, said his May decision to become the first in the country to announce that fall classes would be virtual allowed students to make plans for themselves. He said it was one of the main reasons why enrollment increased or remained steady on many campuses.

He said in an exclusive interview with EdSource:

“It got a lot of attention nationally and certainly in California. But what it provided was certainty in a moment of remarkable uncertainty in our society.”

That decision gave first-year, transferring and continuing students and their families time to plan for the fall semester. It also gave students confidence in the Cal State system, especially when other universities across the country were forced to change their decisions from offering in-person classes to mostly virtual “at the last minute,” he said, adding:

An EdSource analysis of the CSU enrollments shows there’s little uniformity to which campuses saw increases or decreases. Nationally, enrollments are plummeting among universities with significant numbers of low-income students. But in California, those universities with low-income students also saw enrollment gains. (Most of the University of California campuses are on a quarterly system and were not included in this story.)

The campus has the sixth-highest population of low-income students who qualify for the Pell Grants among CSU campuses, with a three-year average nearing 53 percent. (Fresno State’s President Joseph Castro was recently selected to replace White in January.)

Saul Jimenez-Sandoval, Fresno State’s provost and vice president of academic affairs, said they were worried about a potential enrollment decrease because of the pandemic.

So, they “ramped up” their efforts in recruitment and outreach. Their message:

“Invest your time during this pandemic to get a degree in higher education, and once the economy picks up and Covid is over, future students will be well-positioned to go into the workforce and be competitive.”

With the economy slowing down over the summer, there was little else for students to do and not many jobs out there for them to engage with, Jimenez-Sandoval said.

Campos Ledezma, who is double majoring in psychology and chemistry, said:

“I already didn’t graduate in my four-year timeline, and I didn’t want to take time off to extend the timeline even further out. But the biggest thing that is keeping me in school is the daycare services at Fresno State.”

Campos Ledezma is a student-parent with a 2-year-old son. Fresno State provides reduced or free daycare services for students and even gives the full-time student, who works two part-time jobs, free diapers once a month.

“I can’t emphasize enough how that program alleviates stress and financial uncertainty by providing services based on students’ income and free diapers.”

The enrollment picture for the state’s universities is essential this year as campuses grapple with significant budget cuts the Legislature made in July and the lack of additional stimulus money coming from the federal government this winter.

The Legislature cut $300 million in funding from CSU in July, forcing many campuses to draw down their reserves, freeze hiring and rely on one-time dollars they received over the summer in the CARES (Coronavirus Aid, Relief and Economic Security) Act.

For example, Fresno State is dealing with a $13.6 million deficit from the state cuts, but the boost in enrollment helps because of tuition dollars and money given from the state.

“The enrollment gain stabilizes our budget. This allows us to maintain academic affairs. We have not even considered cutting professors or lectures or teaching staff. On the contrary, we invested resources in creating classes because we saw an influx of students.”

Funding is primarily based on enrollment, but some CSU campuses have gotten a funding boost by enrolling students locally in so-called “extended education classes” which generate extra funding but are not included in the state-funded CSU enrollment numbers.

The classes allow students to earn graduate degrees while maintaining full-time jobs. Those classes account for about 15,000 students in California and their fees lessen the financial burden on campuses that otherwise would have seen an enrollment loss.

But not every campus has been as fortunate. Sonoma State University, which has slowly been losing enrollment for years, is down 9.7 percent this year to 7,807 students.

“This year, the attendance is chiefly down because of Covid-19.”

Although they don’t know for sure why students are not attending the university this fall, they suspect students are choosing to work full-time or go to community college instead, he said.

Sonoma State’s deficit this year is a combination of $8.5 million from the state cuts and $10 million due to declining enrollment.

Eyler said the campus’ administration had addressed the deficit by using $1 million of its reserves and asking each department to cut 12 percent of their budgets, saving an additional $15.2 million. The university found $551,000 in savings by delaying a staff pay raise above negotiated levels and $750,000 by cutting back on hiring. It is seeking $2.3 million in additional cuts.

Sonoma State is hoping to regain some students this spring. Chancellor White announced last month the spring term would begin mostly virtual, but some campuses could allow more in-person classes, which Eyler figures will attract more students to resume their studies.

“How we land in spring will tell a larger tale going forward. If we have more clearance to bring more students back to campus (in-person), that will help, for sure.”

White said the good thing for Sonoma State is that the campus is in a system where dramatic year-to-year enrollment changes don’t mean they’ll lose all their resources.

Adding that in the short-term, the campuses with enrollment decreases won’t see dramatic cuts, he said:

“A campus with enrollment problems needs more resources to reverse that trend.”

Despite the pandemic, White said he expects enrollment systemwide, like graduation numbers, to continue to increase next year.

“Everyone in the world has been disrupted by the pandemic, but our students have been incredibly intelligent and motivated.”

“I don’t see a significant forecast decline in CSU over the next two to three years. The demand is going up. The value is going up. The cost is the same … I’m not one to say this is a temporary lucky moment. This is the result of intentional behavior over many years to make us strong and resilient.” 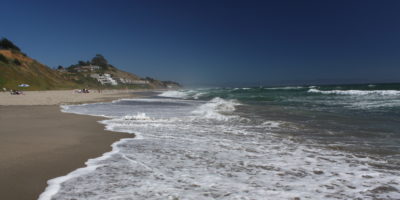 The Oakland hills fire that erupted Tuesday morning is now under control, according to fire officials just before 11:30 a.m....