Firefighters and rescue crews have rescued one adult who had gone missing at the Battery Crosby Cliffs in the Presidio.

One person was located beside the water on the cliffs below Battery Crosby  and was brought to safety.

The person’s identification has not been released. 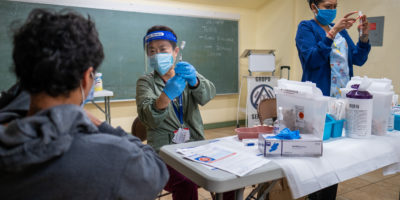