Search Search
Night Mode Night Mode
Day Mode Day Mode
About 68,000 residents from Napa and Sonoma counties are under evacuation orders due to the Glass Fire on Monday, Sept. 28, 2020.
Like 0 Facebook 0 Twitter 0 Email 0

Firefighters on Monday continued to battle the Glass Fire, which raced across from Napa Valley into Sonoma County Sunday night and destroyed homes on the east edge of Santa Rosa.

Monday’s firefight was aided by a drop in the high winds that had helped push the blaze overnight into what Cal Fire Division Chief Ben Nicholls described as “explosive fire growth.”

The fire was also strengthened as it drove toward Santa Rosa because it was burning in an area that had not previously burned, which meant there was an abundance of vegetation and brush to fuel the flames.

At noon, the blaze — in both Napa and Sonoma counties combined — was at an estimated 11,000 acres and Nicholls said:

“We expect that to grow.”

The “larger portion” of the Glass Fire was in Sonoma County, he said.

Fire officials did not have an estimate of how many homes were damaged or destroyed overnight, but burning houses were reported in Oakmont, a retirement community with 5,000 residents, along state Highway 12, and in the Skyhawk and Mountain Hawk communities above it.

“As we sit today, I don’t know how many structures were lost throughout the firefight last night but there were significant losses.”

By mid-morning, about 68,000 people were subject to mandatory evacuation orders, while another 14,624 had been warned that they may have to evacuate soon.

Neighborhoods that are in warning zones reach near to the center of Santa Rosa, a city of 175,000 that lost about 3,043 homes in the Tubbs Fire, which swept into the city overnight on Oct 9, 2017.

On Monday, with winds at lower speeds, both Nicholls and Gossner said that while Santa Rosa neighborhoods and the 5,000-acre Trione-Annadel State Park were threatened, the weather was creating an opening to make progress on the firefight.

“Today, the wind will continue to push the fire into Annadel and the concern is over the top into Bennet Valley and on, possibly, toward Rohnert Park. However, the winds are not what we were seeing last night so it’s giving the fire a chance to stand up and not be pushed toward those communities.”

“There’s many challenges as we move through the day, but we have an opportunity when this fire stands up to kind of put it down and make sure we’re doing what we can with the time that we have.” 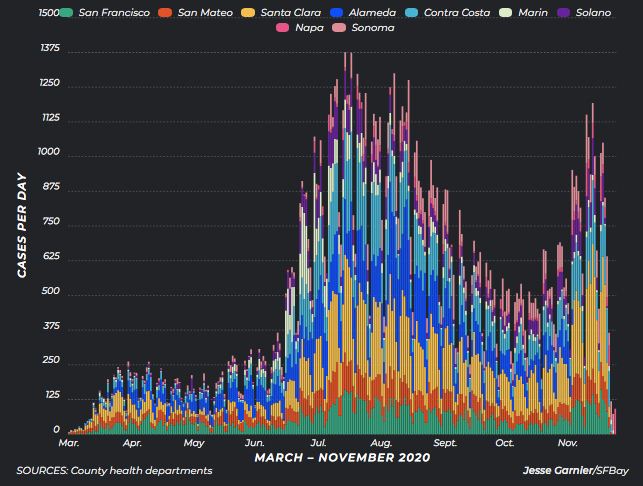