The two companies allegedly made manipulative trades and selectively reported them to Oil Price Information Service LLC, the state’s largest gasoline reporting service, to inflate baseline gasoline prices and sell their products at a higher price.

UC Berkeley researchers believe that from February 2015 to October 2018, the alleged price gouging cost California residents more than $17 billion, equivalent to about $1,700 for a family of four.

Becerra’s office began investigating the two companies last year after Levine and 18 other state legislators asked him to investigate potential price manipulation in the oil and gas industry at large.

The company said in a statement:

“Vitol’s actions were consistent with customary market practice and fully compliant with all applicable laws.”

“Vitol engaged transparently with the California Attorney General’s Office throughout its investigation and is disappointed that this lawsuit was filed. Vitol believes the suit lacks merit and is prepared to defend against these claims in court.”

Representatives for SK Energy Americas did not immediately respond to a request for comment.

“I want to thank California consumers for helping us collect the information that lets us go after these price gougers in the gasoline market.”

“All the work that was done by those who have helped us collect the information that let us file this lawsuit and, ultimately, we hope win this case in court to prove that you cannot game the system against California consumers and hope to get away with it.” 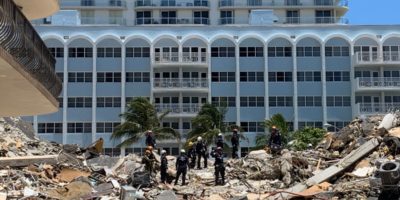 Fall enrollment up in about half of state’s CSUs, other half sees decline

San Francisco essential workers who must leave their homes during shelter orders will now have access to free Covid-19 testing...