BART service has stopped service between the Richmond and El Cerrito del Norte stations Friday afternoon due to a report that a person may have been hit by a train, a transit agency spokesman said.

Chris Filippi of BART said there’s a report that the person was hit on tracks at the El Cerrito del Norte station by a Warm Springs-bound train at about 12:36 p.m. Friday.

Filippi said BART police and Contra Costa County firefighters have responded to the scene but at this time there’s no information on the person’s condition.

Filippi said the El Cerrito del Norte station is closed and passengers should expect major delays in service on the Richmond line in all directions.

He said that at this time there’s no word on when the El Cerrito del Norte station will be reopened and service in that area will be restored.

Filippi said the Alameda-Contra Costa Transit District is providing parallel bus service in that area on lines 72 and 76.

Police save vaccine batch after high-speed pursuit of robbery suspects 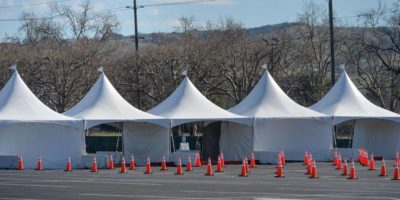 The Napa County Public Health Division on Friday reported the county's second death from the novel coronavirus. The second death...