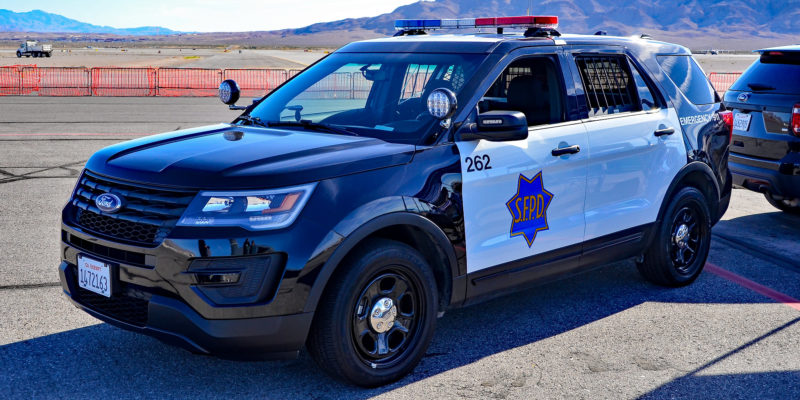 A 17-year-old Oakland boy was arrested after allegedly intentionally crashing his vehicle into another car, injuring a woman standing outside of it in San Francisco’s Portola District early Tuesday morning, a police spokesman said.

Officers responded at 2:14 a.m. to the area of San Bruno Avenue and Felton Street and learned several people had been involved in a dispute and someone drove a maroon-colored Honda Accord into a second vehicle, police Sgt. Mike Andraychak said.

A 34-year-old San Francisco woman standing outside of the second car was injured from the impact. She was taken to a hospital and is expected to survive, Andraychak said.

The Honda driver, the 17-year-old Oakland boy, showed signs of impairment and was taken to a hospital. The boy, whose name is not being released, faces possible charges of aggravated assault, driving under the influence causing injury, and being an unlicensed driver, Andraychak said.

Flaring reported at Richmond refinery for second day in a row

Flaring reported at Richmond refinery for second day in a row

More flaring was reported at the Chevron Richmond Refinery early Tuesday morning after similar incidents the day before, according to...