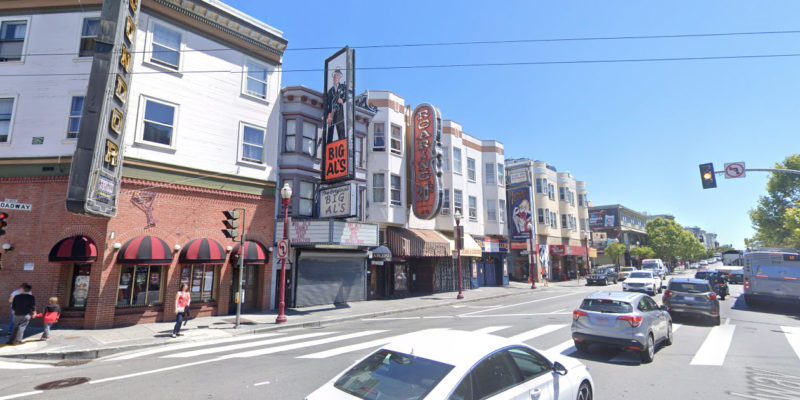 A 21-year-old man was injured in a shooting Sunday, December 30, 2019 near Columbus Avenue and Broadway in San Francisco, Calif.

A 21-year-old man was injured in a shooting in San Francisco’s North Beach neighborhood on Sunday night, police said.

The shooting was reported at about 10:45 p.m. in the area of Columbus Avenue and Broadway.

The victim, who is expected to survive, provided few details about the shooting. Police are still looking for the suspect, described as a man between 25 and 35 years old, police said.

Anyone with information about the case is encouraged to call the San Francisco police anonymous tip line at (415) 575-4444 or to send a text message to TIP411 with “SFPD” at the start of the message.

A woman saw a man breaking into her car when she returned to it from a show around midnight on...